The defensive end is the Owls all-time sack leader. 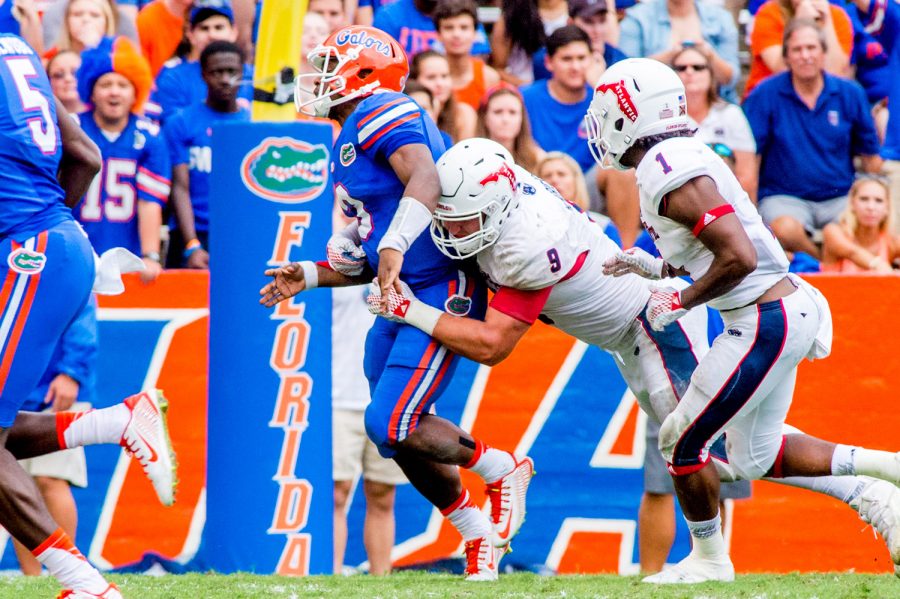 Trey Hendrickson sacks University of Florida quarterback Treon Harris in the fourth quarter of the Owls 2015 game versus the Gators, forcing Harris to fumble the ball. The sack allowed Hendrickson to tie the program record of 16 career sacks. Photo by Max Jackson

Defensive end Trey Hendrickson was selected by the New Orleans Saints in the third round of the 2017 NFL Draft on Friday night, becoming the first FAU player drafted since D’Joun Smith in 2015.

The Orlando native finished his collegiate career as FAU’s all-time leader in sacks with 29 — 13.5 of which came in the 2015 season alone. The 13.5 sacks set an FAU single-season record, and was the second most in the nation.

Hendrickson also recorded 130 total tackles during his four year tenure with the Owls and played in all 48 games.

In his last year with the Owls, Hendrickson garnered the Conference USA Defensive MVP award and was named part of the first team all-conference team, as he led the conference with sacks per game (0.79) and tackles for loss (15), and also led the country with four blocked kicks.

Hendrickson was projected to be a third or fourth round pick, according to his NFL draft profile.