Whether in you’re in Davie or Boca, here are some events happening on FAU’s campuses. 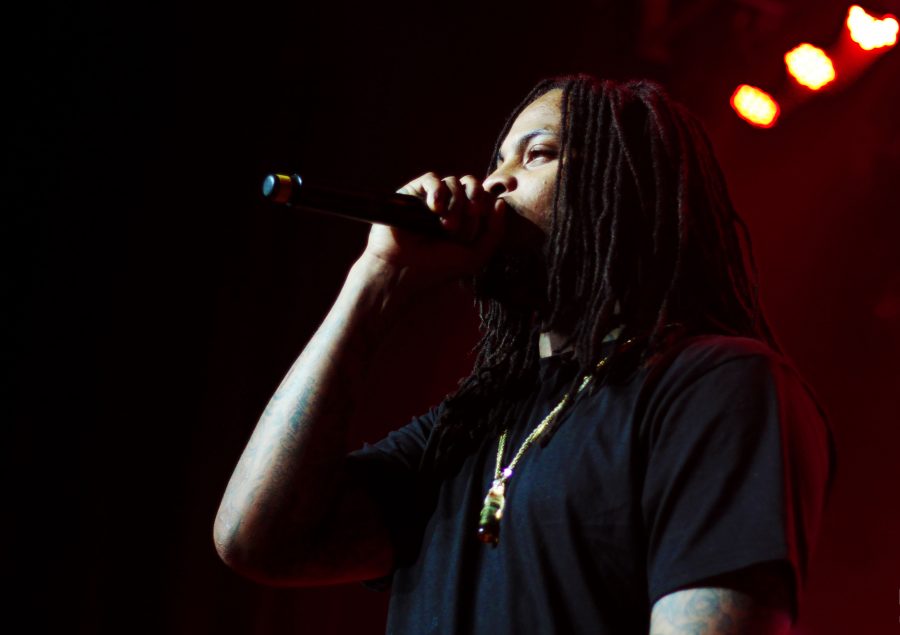 Wocka Flocka Flame performing on Aug. 2, 2014 at London Music Hall. On April 12, he will perform at the Boca campus for Fly on Music Fest. Photo courtesy of Wikimedia

Sunday, April 2: SFSO Untamed Spirit
For its show “Untamed Spirit,” the South Florida Symphony Orchestra will perform at the Carole and Barry Kaye Performing Arts Auditorium. The collection of music is inspired by Beethoven and is meant to “be felt as well as heard,” according to Ticketmaster. Doors open at 5 p.m.

Wednesday, April 5: FAU Symphony Band
Come out to support FAU’s own symphony band, directed by associate professor of music Sean Murray. The show’s lineup promises to have something for everyone with a wide variety of musical selections. Tickets are $10 and available in the the FAU Box Office. Doors open at 6:30 p.m. at the University Theatre.

Wednesday, April 12: Fly On Music Fest
Hip-hop artists D.R.A.M. and Waka Flocka Flame will perform in concert at the Carole and Barry Kaye Auditorium. Tickets are free for students and $20 for general entry. They are available in the FAU Box Office. Doors open at 7 p.m.
DAVIE


Wednesday, March 29: Yoga
Every Wednesday at 6 p.m. in the Davie Student Union, students can spend an hour stretching their stress away with free yoga classes. Be sure to bring your own mat as well as any refreshments you may want — although you can always pick up a pre-workout caffeine boost from Steve’s Espresso in the union.

Thursday, March 30: “When We Rise” Showing
The Davie Student Union lounge will be showing “When We Rise,” a miniseries highlighting the struggles and accomplishments of LGBT civil rights advocates. The showing is free and will take place from 2-4 p.m.

Wednesday, April 12: Grocery Bingo
Hate spending your hard-earned cash on milk and eggs every week? Go up against your peers in this high-“steaks” (Get it?) bingo game to win free groceries. You can play from 3-5 p.m. in the Student Union lounge.