Your Guide to the Ultimate Spring Break Staycation 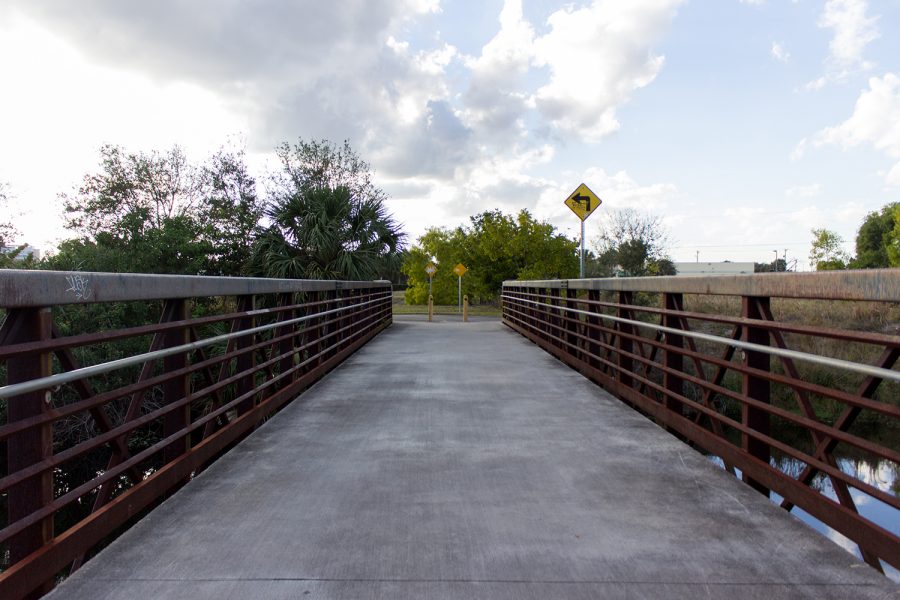 There are a fair amount of hidden places on campus that the average student doesn’t get to experience without a little exploring. Some of those are the rooftops and the tunnels under the school, but you can figure those places out on your own. Here are places to check out during your spring break vacation on campus that are off the beaten Breezeway path to entertain, fascinate and question when they got there.

Known to most stoners on campus, there is a large green stairwell on the outside of the spaceship building near Arts and Letters. At the top of the stairwell, there is graffiti and art on the walls, as well as the lingering scent of a girl named Mary Jane. On the opposite side of the building though, is another stairwell. This one is hidden next to the dumpsters and maintenance cars, but at the top, rather than graffiti and the smell of weed, is poetry. As old as six or seven years ago and as new as last week, there is always new poetry on the walls. Unfortunately, some time over the summer break, someone tried to clean the walls and most of the pencil-written poems were washed away.

There is a bike trail that spans the entire eastern side of campus called the El Rio Trail. At one end of the trail (south toward Glades Road) is a large banyan tree with a single picnic table and two park benches underneath. On the exact opposite side of the trail past IVA and entering the Palm Beach State area, is a small iron bridge overlooking the stream that also follows the east side of campus. It’s a nice spot to get away from FAU without having to go too far.

The administration building is located behind the large courtyard to the east of the Breezeway. Just inside there are two elevators. Heading down instead of up will bring you to the basement. Unknown to most, there is actually a student lounge in there, complete with soda machines and couches. Just ignore the fact that it looks like a set of a horror movie before the blood gets everywhere.

If you enjoy playing piano, or want to spend a week trying to learn, there are multiple pianos on campus that are available for anyone to play. Sometimes the doors to get to them are locked, sometimes they aren’t, so here are five options just in case.

On the first floor of the College of Arts and Letters by the side facing Heritage Park Towers, there is a three-doored lecture room. Inside is a brown, full-sized grand piano.

Down the hall and to the right, still on the first floor, toward the green walls saying Studio 2, is Studio 2. Inside is a small stand-up piano. Always make sure it is empty before entering and do not touch the set.

At the opposite side of Arts and Letters, to the left of the amphitheater and just down the hall from Studio 1, is a large lecture hall. In the front of the room is a black, stand-up piano. The light switch is a small button on the panel on the inside left of the entrance.

In the same part of this building, there are acting practice rooms in the back hall by Studio 1. One of the first rooms on the right has a stand-up piano as well.

In the front right window of the Schmidt Biomedical Science Complex, near the engineering building, facing the odd seaweed metal statue is a small, out-of-tune stand-up piano. If you walk inside and go to the right, it’s against the window.

Andrew Fraieli is a contributing writer for the University Press. For information regarding this or other stories, email him at [email protected]