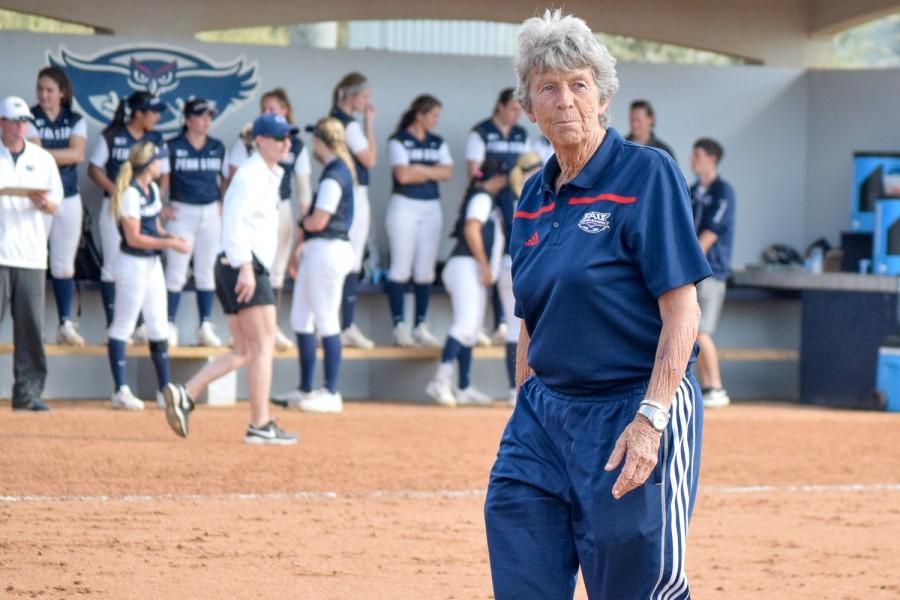 The Owls picked up five losses over the weekend. Last year they never lost more than three in a week. Ryan Lynch | Editor in Chief

Florida Atlantic softball lost all five of its games in Louisiana over the weekend, turning what was once a conference-best record of 12-3 into 12-8.

Here is a recap of each of game:
Game 1 – FAU 4, Illinois 5 (9):
The Owls did most of their damage in the second inning by scoring three runs and going up 3-1. Illinois scored three of its own in the top of the third and held a 4-3 lead until junior shortstop Emily Lochten led off the seventh with her ninth homer of the young season.

The two teams played a scoreless eighth but the Illini pushed across a run in the top of the ninth that FAU was unable to match for the 5-4 final.

Lochten went 2-for-2 with the homer, sophomore Mia Olson and junior Amanda Peck each added a hit and a run.

Senior pitcher Amanda Wilson started the game in the circle and worked four innings before giving way to junior Tatum Buckley, who started the game at third. Wilson gave up five hits and four runs, three of which were earned.

Buckley pitched the final four, struck out four, but allowed the game’s deciding run.
Game 2 – FAU 1, LSU 5:
LSU scored the first five runs of the game, scoring two runs in the second and fifth, and adding the final run in the sixth. The Owls lone run of the game came via a freshman Fayth Davis homer in the final inning.

Wilson started her second game of the day for the Owls and battled through 4.1 inning before giving way to Buckley once more. Wilson gave up four runs, two of which were earned.
Game 3 – FAU 1, Illinois State 2;
The Owls took a 1-0 lead in the first inning, when Lochten homered to centerfield, her 10th home run of the season. However, Illinois State would tie the game at one in the bottom of the first, when sophomore Allison Spacey hit one to centerfield, bringing in sophomore Riley Haley.

The game would remain tied until the bottom of the sixth, when freshman Alyssa Wiebel tripled to left field, allowing freshman Taylor Vanderpool to score and hand the Redbirds a 2-1 lead. The Owls had a chance to get back in the game in the seventh, but all three batters were unable to get to score.
Game 4 – FAU 1, Minnesota 4:
For the second consecutive game, the Owls were able to take a 1-0 lead in the first, when senior Delaney Rickey singled to third base allowing Palmer to score. For the second consecutive game, the Owls were unable to retain the lead.

Minnesota exploded in the third inning, scoring all four of its runs to take control of the game.

Amanda Wilson started for the Owls and battled through five innings before giving way to Buckley. Wilson gave up four runs, and five hits for the game to move to 4-4 on the season.

Buckley pitched a scoreless inning.
Game 5 – FAU 1, LSU 9 (6):
LSU senior Sahvanna Jaquish pushed the Tigers out to an early 2-0 lead with a two-run home run off Wilson in the first inning. After allowing an unearned run in the second inning, the Owls scored their first run of the game in the third via an RBI single off Lochten’s bat.

The Tigers shutout FAU the rest of the way and scored six more runs in the process, giving the Owls their fifth straight loss of the weekend.

FAU will look to turn around its fortunes on Thursday, March 9, when it hosts LIU Brooklyn for its first of seven games in six days.