The plan will see larger payments over a shorter period of time, but may save you money in the end. 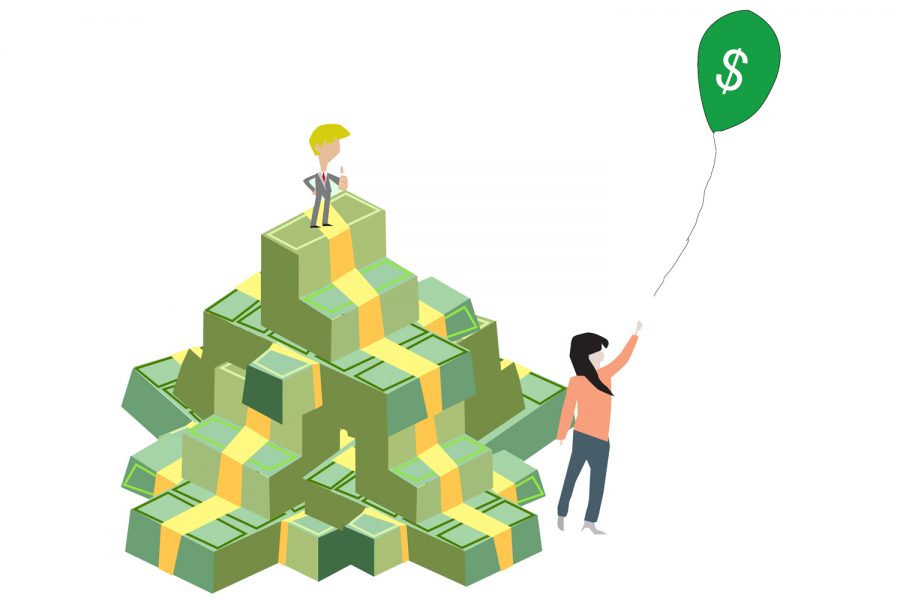 aylor Jackson is a senior art major who doesn’t qualify for financial aid. With looming tuition costs, bills and living expenses, her parents are finding it difficult to pay for college out of their pockets, so Jackson needs to rely on private student loans.

“According to the government, my parents make too much money for me to get [government] financial aid,” she said. “But their income goes to bills and housing and everything else, and they actually have a hard time coming up with money for my tuition, let alone [money for] my housing and meals.”

Jackson’s situation is similar to thousands of other college students. According to the Institute for College Access and Success — an organization that does research on, analysis of and advocacy for student loans and repayment — 53 percent of college students in Florida have an average student debt of $23,379.

In order to lessen the weight of long-term payments, President-elect Donald Trump has announced plans to restructure the way student loans are paid. For students in debt, this restructuring could save thousands.

The plan would make payments slightly higher every month and shorten the repay period.

In a speech in Columbus, Ohio on Oct. 13, Trump said that he plans to cap repayment at 12.5 percent of a borrower’s income, compared to the 10 percent cap offered by Revised Pay As You Earn (REPAYE), the most widely available income-driven repayment plan offered for student loan borrowers.

Jackson said that if she were unable to land a well-paying job and had to rely on income-based repayment, then she would prefer a shorter repayment period. However, she is worried about where the extra 2.5 percent in funds will be spent by the government.

“If [the money] is funneled into a good place, there is the potential for this to be a great idea,” Jackson said. “But if the extra 2.5 percent is put into the wrong place, this could be a problem.”

Trump told Student Debt Relief last September that he believes loans are, “probably one of the only things the government shouldn’t be making money off. I think it’s terrible that one of the only profit centers we have is student loans.”

His proposal would also forgive remaining loan balances after 15 years of repayment, compared to the 20-year waive offered by REPAYE.

After she graduates from FAU in spring 2017, Jackson plans on attending art school to pursue her passion for photography. However, most of the schools she is interested in are private, with tuition much higher than what she paid at FAU.

According to the university’s website, the average annual in-state cost of attendance is $23,246. For comparison, a two-year photography degree from the Art Institute of Tampa costs $91,073.

“The fact that all art schools are private reflects how the industry for artists is, and it doesn’t allow for as generous grants and scholarships anyways,” Jackson said. “If you compare the cost of private art schools to the fact that artists already don’t make a lot of money. Basically you’ll be drowning in loans … so you’re already very behind.”

Jackson said that she constantly worries about paying off her loans. And although she looks to have a steady salary after college, the current job market isn’t ideal for dozens of professions.

“Students should not be asked to pay more on their loans than they can afford,” Trump said in the same speech, according to Nerd Wallet. “The debt should not be an albatross around their necks for the rest of their lives.”

He added that he will take an initiative to cut student costs by using government assistance as a reward to colleges, holding schools accountable for investing in their students and withholding funds if colleges fail to meet those standards.

“We have a lot of power over the college, and they’re not doing the job of cost cutting because they don’t have the incentive cost to cut it because you’re paying for it,” he said in the speech.

“We will see more money going into the government in the short term, which means there will hopefully be more budget for education and loans, which means more people have a chance at college and education,” Jackson said. “I can’t say I was happy with the election, but it is nice to see that [Trump] is pushing some good ideas.”

However, the cost of the program is wildly underestimated.

Initial estimates of the loans projected to be forgiven from 2009-16 put the cost at $25 billion, but the actual costs ended up being around $53 billion. Trump would see debt forgiveness after 15 years of payment.

The restructuring of the loan process and the potential for increased numbers of forgiven loans may pose greater long-term financial loss for the government in the form of forgiven loan amounts. Despite this, higher monthly payments will see more short-term revenue.

Michael Arias, a former financial aid and customer service supervisor for FAU’s Office of Student Financial Aid, said, “If the changes are implemented, the federal government would have to assume massive amounts of forgiven debt. I don’t see how that will be possible.”

The president-elect wants colleges to have more involvement with the loan process by working with banks to decide which students get loans and how much money they should be allowed to borrow based on choice of major, choice of college and the job market, according to Nerd Wallet.

“Trump’s proposal is obviously very beneficial to the borrower,” Andy Josuweit, the CEO of Student Loan Hero, a site that helps students manage their loans, told CNBC. “However, these savings do come at a cost to the government and taxpayers, which must be weighed with enacting such a policy.”