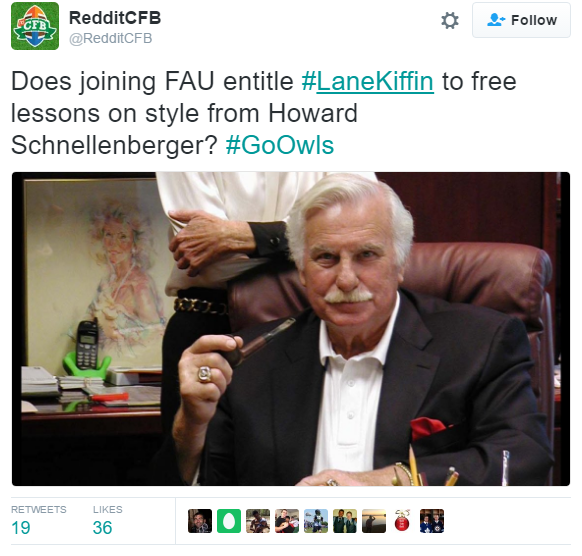 After Florida Atlantic hired Lane Kiffin as its next football coach on Monday, Twitter users across the country took to the platform to share their opinions on the former Alabama offensive coordinator.

Brent McMurphy, an ESPN reporter who first released that Kiffin had become head coach, reported that FAU will pay him an annual $1 million. This makes him the highest paid coach in Conference USA. 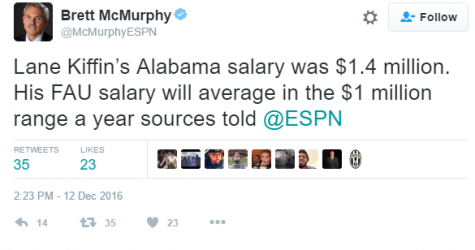 University President John Kelly and Student Government President Michael Cairo both tweeted out that they were pleased with the move, with Cairo adding he is glad that he has time left before he graduates to watch a Kiffin-led team. 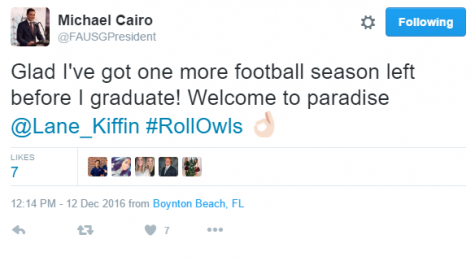 FAU football player Shalom Ogbonda, who graduates this fall with a masters in health administration, tweeted out jokingly that he thought he had an extra year left to play with Kiffin’s team, which sparked jokes from some of his teammates in response. 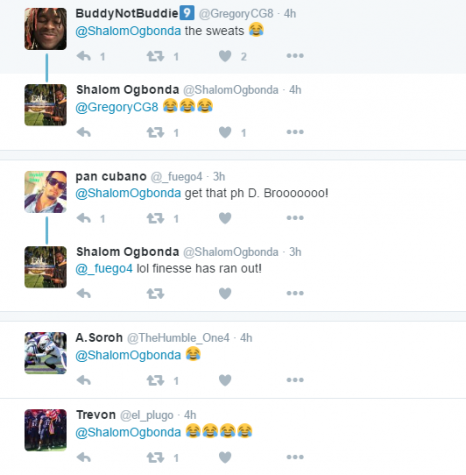 Brandin Bryant, a former FAU defensive lineman who now plays on the practice squad of the New York Jets, said he thought the move would help the team. 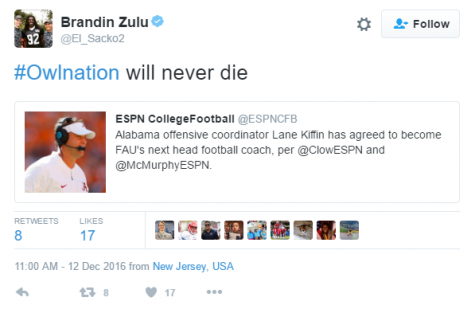 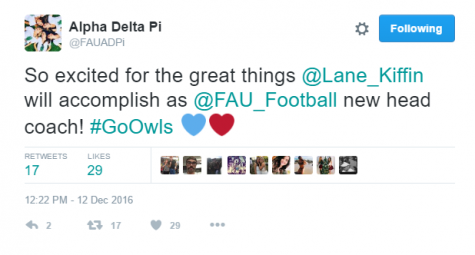 Not every person was so quick to welcome the move, as several users mentioned that Kiffin could jump ship to take the Los Angeles Rams’ coaching position, which opened today with the firing of Jeff Fisher.

Internet forum Reddit’s college football subreddit tweeted out that Kiffin may have a chance to pick up a style tip from sharply dressed former head coach Howard Schnellenberger. 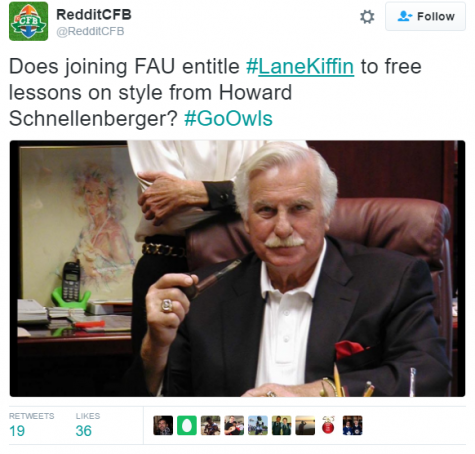 FAU alumnus and Vine star Eric Dunn tweeted out his pride in the program’s progress over the past few years, but made reference to the alleged drug use that led to the firing of former head coach Carl Pelini when another user brought up Kiffin’s tendency to drink. 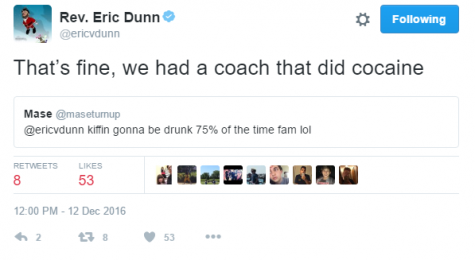 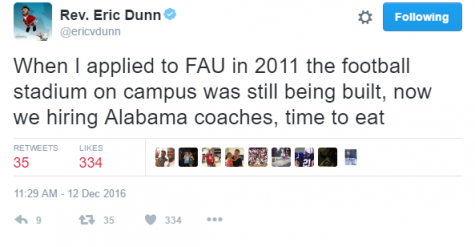 Ryan Lynch is the editor in chief of the University Press. For information regarding this or other stories, email [email protected] or tweet him@RyanLynchwriter.