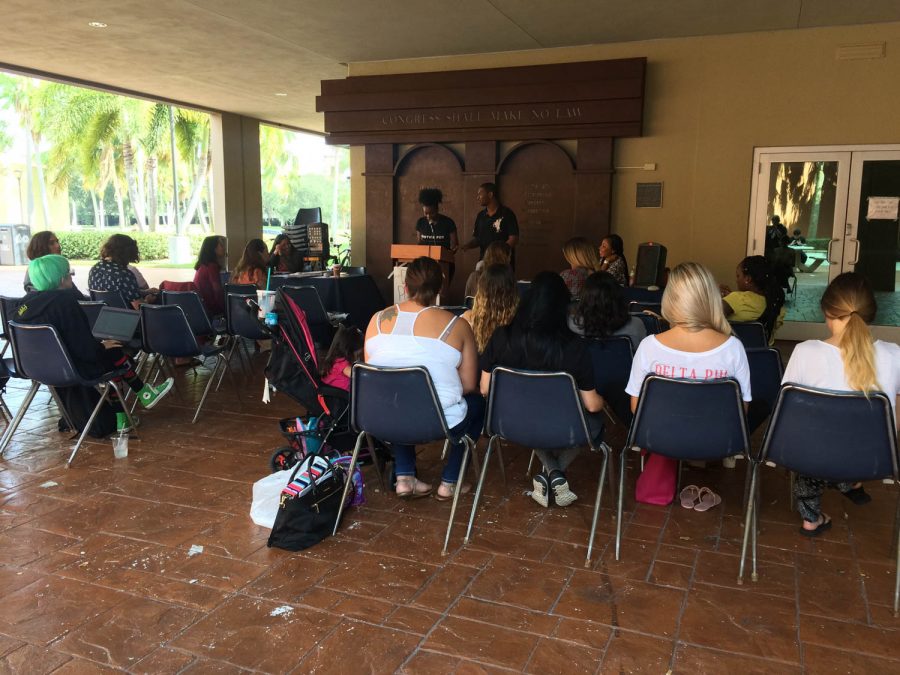 With this year’s election over, one Florida Atlantic organization is looking to have students and faculty debate what path lawmaking bodies should take in addressing current issues.

Started by senior communication major Derek Vaughn, Rhetorical Oracle is a program that looks to help students improve their speech skills through debate.

Vaughn said that he created the program in 2016 because he didn’t see any on-campus organizations, such as a speech lab, that focused on public speaking.

While the communication major admitted that some of the topics that are brought up for debate can be controversial, he tries to ensure that the program teaches students to format their topic questions so that they become less divisive.

“Students have the understanding that there needs to be both sides to a debate,” he said. “I think these debates were very tactful in how they addressed these social issues.”

He brought up one example that this method was applied to: the topic of whether public breastfeeding should be considered a part of indecent exposure laws.

He said, “For instance, instead of asking the question, ‘Is public breastfeeding indecent?’ … the topics ended up looking more along the lines of ‘Should breastfeeding be included in Florida’s indecent exposure law?’”

The director said that there were previous attempts to create a speech lab, but Rhetorical Oracle is the first to be a registered student organization.

Currently, Vaughn is attempting to bring in outside professors to address the student members. The program is collaborating with the student group Veganism for Ethical and Global Sustainability to bring Princeton University professor Peter Singer to FAU.

“I would like for RO to grow and maybe present a speaker’s corner for cultural competency,” Vaughn said. “If this were to happen, I would hope to have speakers prepare material on a variety of topics, such as sexuality and comprehensive sex education, American perceptions of Muslim women in the media, the Zika controversy in the Keys, etc.”

So far, five debates have taken place and have all been held in the Democracy Plaza behind Living Room Theaters and the Culture and Society Building.

“As a moderator, I had to learn how to make sure everyone was orderly during the debate and and learning to speak to a crown,” she said.

For Reilly Mchugh, a senior studying English, said that he would support and recommend the class to anyone.

“Rhetorical Oracle helped me to improve in public speaking and getting my message across a wide audience,” he said.

The program will host one more debate at the Democracy Plaza on Dec. 8 from 10:30 a.m. to noon.