They already are compensated beyond receiving an invaluable college learning experience. 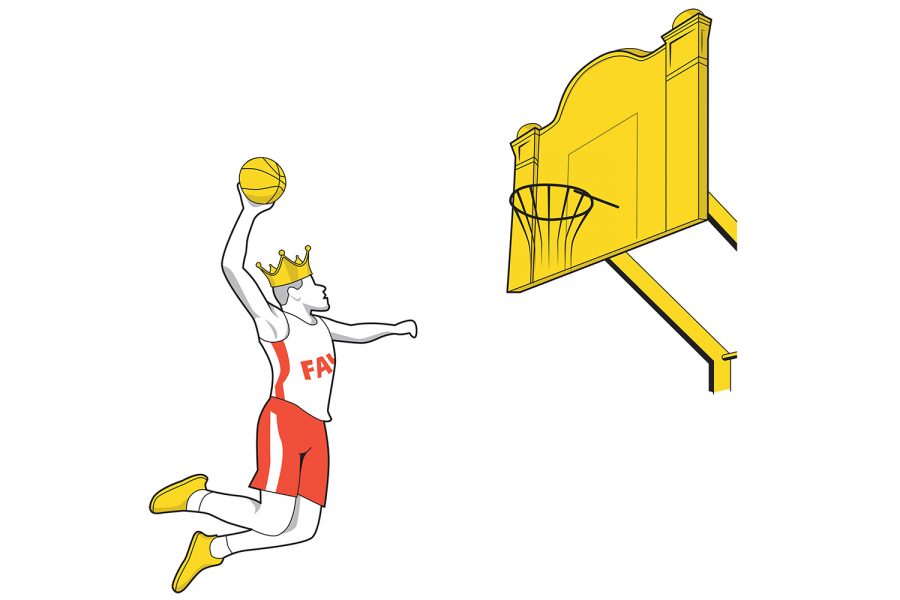 College athletes are on a stage that most youth and high school athletes dream of reaching.

They get to play their dream sport, have access to top-notch tutoring, training and medical staffs, all while travelling around the country — sometimes crossing international borders — and spending weekends in cities most students can only imagine visiting. Just this year, the Florida Atlantic men’s basketball team traveled to the Bahamas and Hawaii.

Still, a number of people believe that college athletes deserve a payday for the revenue they bring their respective schools as well as the NCAA. But the problem with that is the athletes already receive multiple benefits that should be more than enough compensation.

So why should they deserve an additional paycheck? Simple answer, they shouldn’t, and here’s why.

Value of a college education

The apparent conflict in college sports is that the athletes are the ones that bring a profit to the NCAA and yet they don’t see their fair share of money. But that doesn’t mean they aren’t being compensated in other ways.

A student who attends FAU with no financial aid, with a full-time 12-credit-hour schedule and no housing, pays at least $24,154.80 for the necessary 120 credits to graduate, according to the school’s tuition fee breakdown.

An athlete has the advantage of receiving the same academic scholarships offered to most general students, but can also receive distinct athletic scholarships.

Just like in professional sports, if an athlete is one of the best, he may receive more. Less is given to the lesser players and so on.

Athletes also have the privilege of not always needing as high of a GPA or SAT score that a general student would need to get accepted into an institution, opening educational opportunities that some would never have the chance of obtaining without athletic abilities.

That opportunity to obtain a college education has its own value. According to the U.S. Department of Labor, the average person with a bachelor’s degree makes $566 more per week than one with a high school diploma — which adds up to $29,432 more over a 52-week period.

If players don’t take advantage of this, it’s their own fault.

While players usually are not allowed to have a job during the season, they’re permitted to have one the other eight months out of the year, which is more than enough time to make pocket money.

Yes, they may not have a lot of free time, which makes it difficult to pick up money on the side, but the same is true of other college students with full schedules. Take for example a fraternity member who has to do community events, a student newspaper editor who has to put together an entire issue every two weeks plus oversee web content or an actor from the theater department who has to learn lines, build sets and put on plays.

Three football players on this year’s team are working toward a master’s degree. Last year’s team had 46 players earn a GPA of at least a 3.0. Sixteen of FAU’s teams had a collective GPA over 3.0 and 13 individuals managed a 4.0.

So why should we feel bad for those who choose not to take advantage of the privileges being given to them?

If someone hands you two $2,000 tickets to the Super Bowl for free and you decide not to go, because you just don’t feel like it, you blew your opportunity. You’re not entitled to another handout worth $4,000.

It is no different than blowing an opportunity at a college education.

How would the payment system work?

FAU has 424 athletes, according to the U.S. Department of Education’s equity in athletics data analysis.

Who would determine which of those athletes get paid?

How many hours would each athlete get paid? Would it be just for games, for their 20-hour practice weeks or for both?

Would they all be paid the same amount? Would they get paid in the offseason, which is when a lot of athletes consistently say the real work is put in?

If their pay schedules were limited to a 15-week semester, athletes’ salaries would cost over a million dollars per year.

Imagine if they were paid for the full academic year, let alone a 52-week year. How would the school have enough money to continue to pay that, especially when some schools are already cutting athletic teams due to financial issues?

Where would that money come from? Would it raise tuition costs?

The one thing it would do is create an imbalance of power. How would a school like FAU, which had $7.5 million worth of revenue in 2014, compete with the University of Texas, which brought in a little south of $75 million?

If college athletes aren’t all paid the same amount, who would decide which sport deserves compensation and which sports don’t? How could one justify paying the swim team that doesn’t financially benefit the school?

In fact, no women’s sports team other than basketball brings any revenue to FAU, and the men’s team brings in more than twice as much. So would we only pay the men, even though the women put in the same amount of time?

Would the backup quarterback make as much as the starter or as much as the starting linebacker? Would a player who sits on the bench for a team that brings in revenue, such as the football team, make more than CJ Chatham — Conference USA’s Baseball Player of the Year and a second round pick in this summer’s MLB Draft — who played on a team that brings in no where near as much money as the football team?

One argument is the fact that the NCAA is a multi-billion dollar industry. The problem is, they don’t necessarily make money off schools like FAU.

Instead, they get their money from the Notre Dames, Alabamas and Michigans of the world. Therefore, why would FAU deserve the same amount of money that athletes from those schools are bringing in?

It would be like saying that Apple should put as much of its efforts into its headphones as it does into its iPhones. There is no ethical way to choose who would get paid and even if it came from the NCAA, would there be enough?

The biggest reason I’m against athletes getting paid is the fact that they already are. And I’m not talking about the value of education they already receive.

A former football player who graduated prior to this season said that players are now given $3,000 in stipends — $1,500 per semester.

These athletes are playing on a stage that a lot of people would pay to be on while receiving a college education. They are getting paid for it, not much, but more than any other student.

Now I do agree that players should be compensated for anything bearing a person’s likeness that is sold as an individual’s brand, such as a jersey or the rights to a video game. But not when it comes to being paid to play.

They are playing a game — the same game they played when they were kids for no other reason than love and passion. On top of that, they are receiving an education that is worth tens of thousands of dollars, if not hundreds, or more.

So why do they deserve more? Will it ever be enough?