Kiffin has a record of 35-21 during his collegiate head coaching career. 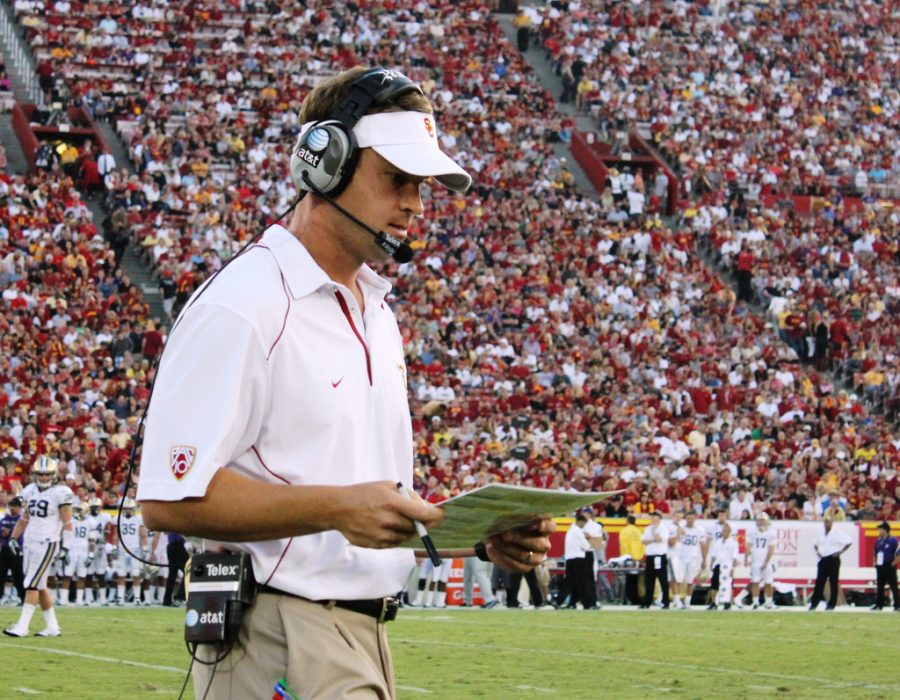 The search for a new head coach is over, as Florida Atlantic football has hired Lane Kiffin to become its fifth head coach in program history.

The former Oakland Raiders, University of Tennessee and University of Southern California head coach is known for his run game offense, as the Crimson Tide finished second in the Southeastern Conference this past season with 245 rushing yards per game.

Alabama led the conference, and was 13th in the nation, in scoring. The Crimson Tide scored 40.5 points per game on its way to an undefeated 12-0 record.

After holding position and coordinator jobs at several universities, Kiffin was hired to be the Raiders head coach in 2007. His NFL career only lasted 20 games before he was fired with an overall record of 5-15.

Kiffin then headed to Tennessee where he took his first collegiate head coaching job in 2009. His team finished 7-6 in his lone season at the school.

A year later, Kiffin took the same job at USC and went 28-15 before getting fired five games into the 2013 season.

He went to Alabama the following year and has been there since, winning last year’s national championship and helping the Crimson Tide get back to the college playoffs as the top ranked team this season.

Kiffin will replace Charlie Partridge, who went 3-9 in each of his three seasons at FAU.

Hans Belot Jr. is a contributing writer with the University Press. For information regarding this or other stories, email [email protected] or tweet him at @Don_Phenom_.