Only residents were allowed to enter the building. 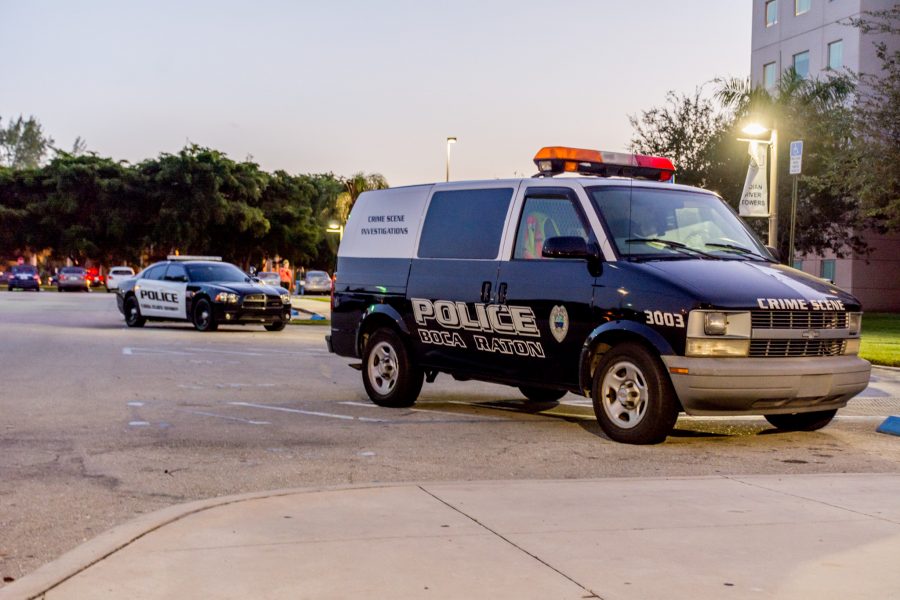 Update: At 6:13 p.m., FAU Police announced via Twitter that a person was found unresponsive inside Indian River Towers. Police said they do not suspect foul play.

@FAUPD Foul play is not suspected. There is no more information until next of kin are informed & the Medical Examiner’s report is complete.

On Thursday, Indian River Towers was blocked off from late afternoon to early evening by the Florida Atlantic Police Department due to a death on campus.

At 3:30 p.m. there were several campus police cars, two crime scene investigation vans and FAU Community Service Officers outside the building’s main entrance near the front parking lot. Members of Boca Raton Fire Rescue Services were also called to the scene, but left around 3:45 p.m.

The parking lot immediately in front of IRT was blocked off by cones. Only residents were allowed to enter and exit the building.

The University Press has reached out to Media Relations and the Housing and Residential Life Department, but has yet to receive a response as of publication time.

If you have more information regarding the incident, contact [email protected]

Check back with the University Press website for more updates.

Ryan Lynch is the editor in chief of the University Press. For information regarding this or other stories, email ryanmlyn[email protected] or tweet him @RyanLynchwriter.