A look at the four state amendments in the upcoming election 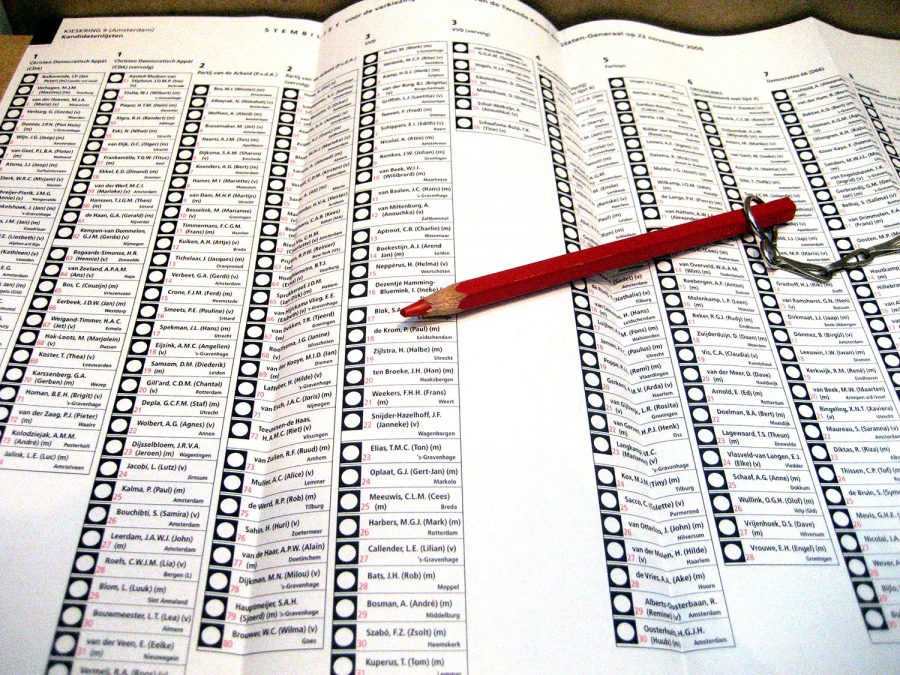 On Nov. 8, Florida voters will be selecting more than just who will be the next president. Besides picking state senators and congressmen, four amendments will be on the ballot this year: Amendments 1, 2, 3 and 5.

Before you vote, here’s a quick rundown of what each amendment stands for.

Summary: Amendment 1 allows homeowners to own or lease solar panels at their home for personal use. According to the official ballot summary, state and local officials “retain their abilities to protect consumer rights and public health, safety and welfare, and to ensure that consumers who do not choose to install solar are not required to subsidize the costs of backup power and electric grid access to those who do.”

However, the amendment has not avoided criticism. The Miami Herald and the Tampa Bay Times’ editorial boards have not endorsed it, saying, “This amendment would have the opposite effect and provide state constitutional protection to a rigged system that favors the electric monopolies.”

What does that mean for me: The amendment allows anyone to have solar panels installed and operating at their house. However, the homeowner has to have a backup electric power source in case the solar panels stop working.

Amendment 1 would remove net metering, which is a policy that allows people with solar panels installed to have a cheaper electric bill by sending extra power stored by solar power to the public grid.

For homeowners that have solar panels on their property, this reportedly would cause an increase in the cost of their electric bill.

How likely is it to pass: somewhat high. Almost $22 million was raised in support of the amendment and it has 84 percent of people in favor of the bill according to Florida Politics.

Summary: Known as the “Florida Medical Marijuana Legalization Initiative,” Amendment 2 allows the use of marijuana for medical usage for those with debilitating illnesses including cancer, epilepsy, post-traumatic stress disorder, AIDS and multiple sclerosis. It also allows caregivers of patients, including parents of children, to assist in administering treatment.

However, the law only applies in Florida and it doesn’t grant legal immunity for non-medical use or possession of marijuana.

The proposed amendment has the support of at least 80 percent of people, according to a poll conducted by Quinnipiac University between April 27 and May 8.

Amendment 2 would be based on an act that was passed in 2014 which allowed the Florida Department of Health to administer cannabis in varying forms that are low in THC to those who medically qualify.

What does that mean for me: If you are suffering from a debilitating illness, Amendment 2 would allow you to use medicinal marijuana. People would have to register with the state’s health department to receive an identification card which would allow them to buy or grow limited amounts of cannabis.

The bill does not exempt or give immunity to those who are in possession of marijuana for nonmedical use. If passed, Florida would be the first state in the South to legalize medical cannabis.

How likely is it to pass: high. Despite opposition toward Amendment 2, the legislation has financial backing to the sum of about $5 million according to Ballotpedia.

Summary: Amendment 3 would be a tax exemption for first responders that are disabled while on the job.

It states, “The State of Florida and its citizens are, by the very nature of the services performed by first responders, forever in debt for the sacrifice so many men and women make. One mechanism that our state can collectively express our appreciation is through the passage of Amendment 3, granting property tax relief.”

The exemption would allow disabled first responders to be eligible for at least $25,000 and up to $50,000 in tax breaks.

What does that mean for me: For those with a first responder parent or relative who was disabled on the job, that tax break would potentially be applied to their household.

How likely is it to pass: very high. The editorial boards of the Herald-Tribune and Cape Coral Daily Breeze support Amendment 3 and there is no major public opposition toward the amendment.

Summary: According to the official ballot summary, Amendment 5 would be a tax exemption for senior citizens.

The bill states that “property values less than $250,000 owned by certain senior, low-income, long-term residents to specify that just value is determined in the first tax year the owner applies and is eligible for the exemption.”

The amendment would allow for a revision of the homestead tax exemption and give seniors with houses worth less than $250,000 a tax break.

A homestead exemption allows for a homeowner to write off part of the value of the home, which means that they pay less in taxes.

What does that mean for me: As you get older and reach senior age, you could qualify for a homestead exemption at the age of 65. This amendment would make it easier for homeowners with low-cost housing to gain tax benefits.

How likely is it to pass: very high. There is no major public opposition toward the legislation and the amendment has the support of the editorial board at the Tampa Bay Times.