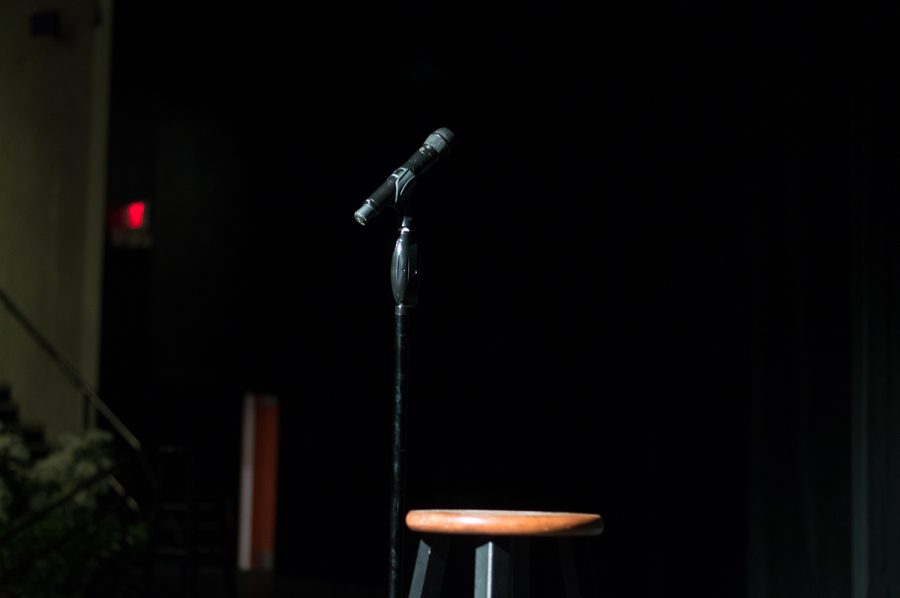 For the first time since 2009, a comedian will not be performing during Homecoming thanks to a recent Program Board decision. Instead, the annual comedy show will be hosted in the spring.

In the past, the board — the event planning branch of Student Government — has hosted two comedy shows during each semester, but a $110,977 decrease in the budget over the past four years has changed the organization’s approach.

“When Program Board met over the summer and planned out the major events calendar, the decision was made to have two large scale events a year, one concert in the fall and one comedy show in the spring,” Richard Mahler, assistant director of student activities and involvement, said in an email. “This decision was made due to budget realities and the increased emphasis on producing events for FAU students that are quality over quantity.”

Since the fall comedy show was pushed to spring to space out the “large scale events,” a new event hosted by the Office of Diversity and Multicultural Affairs will take place.

Michael Sam, the first ever openly gay NFL draft pick, spoke on Oct. 27 in the Carole and Barry Kaye Performing Arts Auditorium. Along with the annual drag show, this is the only other event that took place there during the week.

The director for the Office of Diversity and Multicultural Affairs Artie Jamison said that Sam was brought in to speak because October is LGBT History Month.

“Since LGBT is a part of our office, we thought he would be a great addition to the homecoming line-up,” Jamison said in an email. “His message is one of positivity and overcoming adversity, something that many of our first generation and underrepresented students are all too familiar with.”

Sam, who came out publicly as gay on Feb. 9, 2014 after the completion of his college football career at the University of Missouri, was drafted into the NFL when he was selected by the St. Louis Rams in 2014 in the seventh and final round of the NFL Draft. However, he was cut during training camp and has yet to play a regular season game in the NFL, last playing a single game with the Canadian Football League’s Montreal Alouettes in 2015.

According to Jamison, Sam will be paid $12,000 to speak at the Boca Raton campus and will appear at a reception with students and faculty before his speech. The reception also acted as a meet and greet with interviews and pictures.

Roman Alexander, a sophomore social work major and the president of FAU’s LGBT student organization Lambda United, said that Sam’s message is an important one for students to hear during LGBT History Month.

“He did something unprecedented, without knowing if he’d be accepted or not,” Alexander said. “He risked his dreams and all that he had worked for for the chance to be himself, and I think that’s something a lot of LGBT people have to deal with, so seeing it pay off in such a big way is definitely encouraging.”

Alexander says that the Office of Diversity and Multicultural Affairs did not tell his organization about the speaker, but was happy with the decision to pick Sam.

“We hope this continues in future years, and we hope that it doesn’t stop at Homecoming,” he said. “We want to try to get LGBT speakers as often as we can in order to highlight the diversity within the community. Right now, Lambda is working on trying to get an LGBT comedian to come to campus, as well as transgender rights activist Buck Angel.”

Some students wanted to attend the speech because they remember the significance of Sam announcing his sexual orientation to the public.

“It was such a big thing … and there were so many attacks against him when he did come out,” freshman biological science major Aleia Dennis said. “I find that interesting and I kind of want to know what he was going through then.”

Other students, like sophomore business major Anthony Keating, are split on the decision to move the comedy show.

“For one, we have something inspirational to look forward to, someone who paved the way for others in his line,” he said. “On the other hand, we love comedy because it lets us laugh and relax from long days of essays, tests and work.”

Last fall, comedian Hannibal Buress performed in front of a packed auditorium to kick off the beginning of Homecoming week.

In the spring of 2015, Program Board also hosted two comedy shows, one with Lenny Travis as the headliner on Jan. 22 and one on March 25 with Jerrod Carmichael serving as the main act.

Judah Friedlander and Orny Adams, who both had performed at FAU previously, served as the comedy act during the Weeks of Welcome promotion at the start of the 2015 fall semester.

Program Board has not announced yet who the headlining comedian will be in the spring, if there will be a second show or when the potential show will happen.