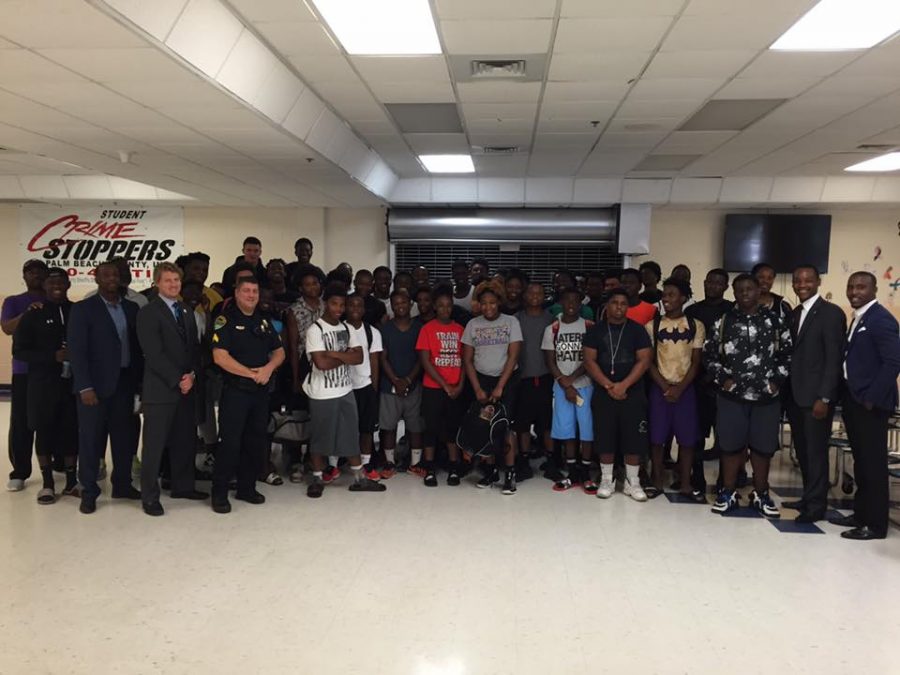 ervonte Edmonds put his first suit on in his early 20s. Since then he’s strived to be the successful professional that the suit represents.

Edmonds, a senior political science major at FAU, wanted students like himself to feel the same way he did in that moment. So he started a nonprofit organization that puts select high school seniors through a business and networking program in order to prepare them for college and beyond.

The incentive for these seniors to complete the program, other than business skills, is a brand-new suit.

“I know how impactful it was when I got my first suit,” Edmonds said. “I wanted to give that same feeling.”

Currently the organization, which is named Suits for Seniors, strives to put 100 students through the program per school. So far the organization has seen roughly 250 seniors complete the training program, and has outfitted each with a new suit.

Suits for Seniors has only served local schools so far, such as Boynton Beach Community High School, but Edmonds has been contacted by out-of-county schools interested in his program, and he said he would be interested in expanding the reach of the organization.

The program lasts either four or eight weeks, depending on the school, and includes information on “financial literacy, loans, credit cards, team building, careers, marketing, entrepreneurship speakers, and positivity speakers,” according to Edmonds. “These weeks are full of true, important things that kids need in order to move on to the next stage of life.”

The full program must be completed in order to receive the suit. “You have to earn the suit,” Edmonds said.

Seniors are invited to participate in the program based on their grade point average (a 2.9 or higher is required). However, students with a lower GPA can be recommended by teachers and given a chance to participate.

The program is a community effort — the suits are from New York Men’s Clothing in Boynton Beach. The program and suits are funded fully by donations and sponsors by “mayors, city commissioners, police, firefighters [and] private donors,” according to Suits for Seniors Vice President Aaron Shapiro.

Fundraising, which is run completely by Edmonds, is important as 100 suits, according to Edmonds, cost around $10,000. For the latest program Edmonds has raised $7,700 so far through donations and sponsors from local businesses and individuals via personal donations and the organization’s GoFundMe page.

Speakers are also pulled from the community to participate in the program — an eight-week program may see as many as 25 to 30 speakers. Volunteer speakers come from a number of different institutions and organizations, including local business owners, librarians, policemen, and others like Palm Beach County Commissioner Cory Neering and menswear designer Robert Geller.

“Everybody speaks — we have the mayor, representatives, firefighters, everyone,” Edmonds said.

Wrapping up each program is a ceremony and celebration at the host school where the seniors get their suits. According to Edmonds there is usually a DJ, music and food. The most recent ceremony, held on Aug. 20, featured keynote speaker Debra Robinson, a Criminal Justice Commission member and Palm Beach County School Board member.

“Students are super, super appreciative,” Edmonds said. “Parents reach out with social media all the time with pictures of their seniors in suits — very appreciative.”

Edmonds believes that having a business suits gives students more drive and determination — they want to put those suits to good use.

Tucker Berardi is the features editor for the University Press. For information regarding this or other stories, email [email protected] or tweet him @tucker_berardi.