After a third season of improvement, the Owls are on path for their first championship in Conference USA. 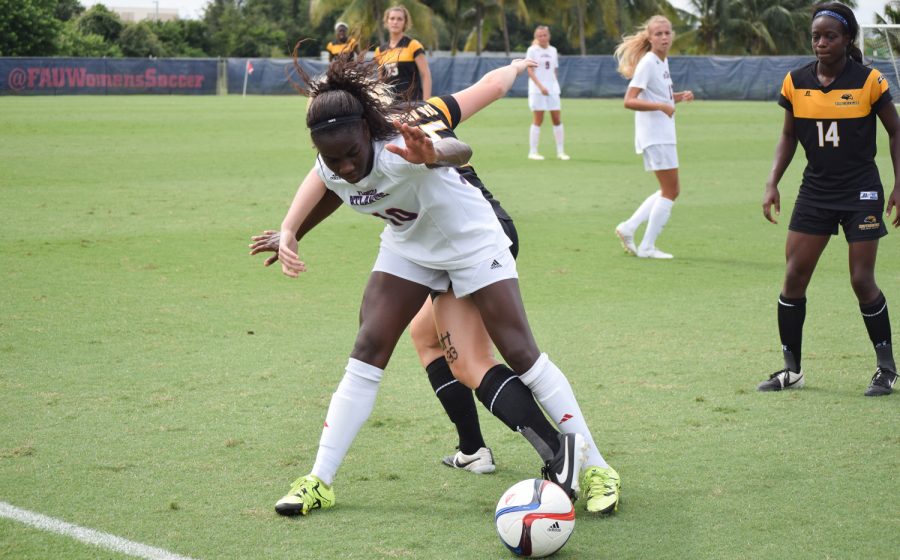 Forward Geovanna Alves returns after leading the team in goals to play her senior season as an Owl. Ryan Lynch | Editor in Chief

One of the biggest reasons the Florida Atlantic Owls were able to have continued success was a combination of senior leaders on both offense and defense.

Claire Emslie will be the highest profile loss for the team, as her 29 career goals broke the all-time program scoring record. The Scottish midfielder will leave a gaping offensive hole for the returning players to fill, but expect rising senior, and leading scorer with nine goals, Geovanna Alves and rising junior Asta Arnadottir (three goals) to step up in Emslie’s absence.

Defensively, FAU only let up 0.793 goals per game, good for 45th out of 328 Division I teams. Graduate Jade Rhodes will be a key loss from the unit, but Erica Burt, Sophie Sanchez and Kelsey Parry all return for their final seasons manning the back line for the Owls.

Emslie was not the only member of her team to have a record-setting year in 2015, as redshirt junior goalkeeper Sydney Drinkwater tied the program record for shutouts in a season with 10. Included in that total was a streak of seven straight to end the regular season.

With one more season left for her at FAU, Drinkwater will be looking for eight more clean sheets to break the record of 25 career shutouts set by former Owl Molly Keating in 2003. Even if she doesn’t reach that mark, Drinkwater will still go down as one of the best to play in goal for FAU.

In three years with the team, Baker has posted a 24-27-1 record. His best performance so far came last season when the Owls went 12-8-1 and were the third seed in the conference tournament.

Facing the loss of several key players, Baker added 12 women to his roster on signing day this year. Included in that group is East Lake High’s Emily Cady and Community School of Naples’ Alex Maxson, who have scored 78 and 57 high school goals respectively and will compete for early playing time with Arnadottir and Alves.

The Owls open the year on Friday, Aug. 19 versus Southern Utah. To view this season’s schedule, click here.