COMMENTARY: 8 Things we learned watching the condiment table at the Republican National Convention 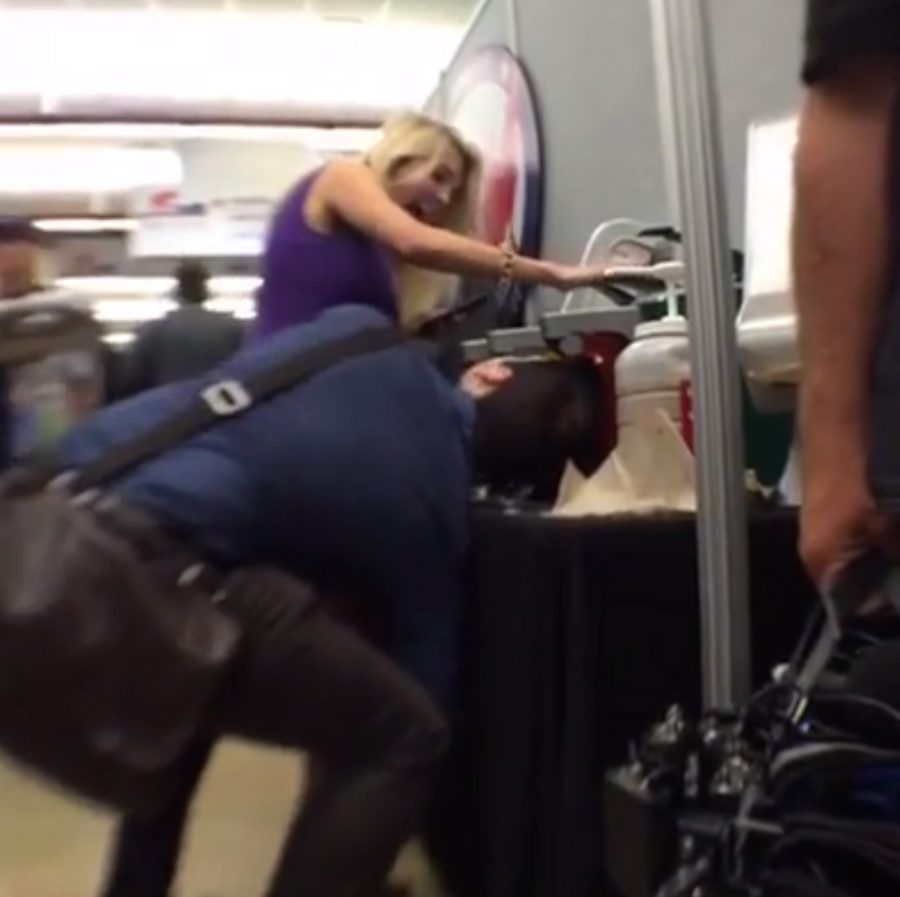 For two hours, The Late Show with Stephen Colbert’s team live streamed the RNC’s ketchup and mustard station via its Facebook page. As of publication time, the video has nearly 400,000 views, and over 10,000 likes.

Mark Judson, managing editor of the University of North Florida’s Spinnaker and Emily Bloch, senior editor of Florida Atlantic’s University Press sat through the stream and saw all the glory moments — from mustard theft to this guy sticking his head under the ketchup dispenser.

With people taking as many as a dozen napkins in one stop and an average of three per hot dog, it’s obvious that the Republican party has a lack of concern for the environment.
2. “I love the Hispanics!” 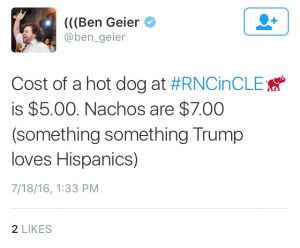 Diversity was clearer than ever at the RNC. Just look at the “Nachos Grande” people could purchase for $7. Note that it wasn’t called “Nachos Big.”
3. “Have you SEEN the mustard stock lately?”

The Republicans aren’t ready for raises in minimum wage. They’re not even ready to buy their own mustard. Check out this guy filling his empty water bottle with mustard.
4. “Why should I walk to the trash can when I can just leave my stuff on this table?”

Look at all those dirty napkins left behind. Would it kill these people to recycle? Credit to the venue for using the unbleached variety, otherwise we’d all be doomed.
5. “Women are OK. Men are just better.”

As the menu listed, the only real entree available (come on, chips don’t count) was a hot dog. Which is conveniently shaped like a male’s anatomy.
6. “Yeah, can I just get a gallon of sugar to-go?”

For $5.75, you too could have a soda the size of the industrial condiment dispensers. There’s a problem when your Pepsi is as big as the mayonnaise jar allotted for thousands of people.
7. “So. White.”

We took a minority count at the condiment stand. Yeah, you read that right. In the span of two hours, out of about 150 people that stopped by, 10 people that weren’t lilly white dressed their hot dogs or took napkins.
8. “We hate America.”

Anyone who put ketchup or mayo on their hot dog obviously thinks this.

You can watch the full live stream here:

Mark Judson is the managing editor at UNF’s Spinnaker. You can email him at [email protected]. Follow him on Twitter.

Emily Bloch is the senior editor at FAU’s University Press. You can email her at [email protected]. Follow her on Twitter.

This story was published on both the Spinnaker and University Press.