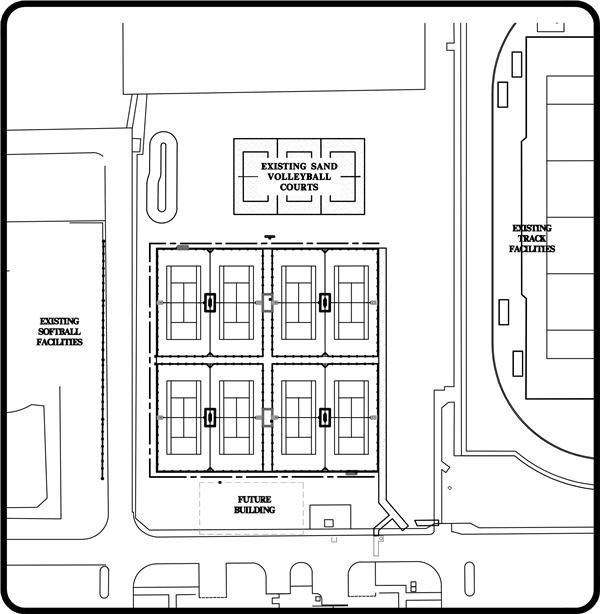 or the first time in 10 seasons, Florida Atlantic men’s and women’s tennis teams will have a home on the Boca Raton campus.

FAU Athletics announced on Thursday via a news release on their website that it will be building an eight-court facility next to the sand volleyball courts, across from FAU Arena.

The men’s and women’s programs have played their home matches off campus at Boca Raton’s Patch Reef Park since the 2005-2006 season, turning their old home courts into a practice spot.

“FAU teams only sporadically used the courts on campus from 2005 to present for individual work or if they were displaced for any reason from Patch Reef Park,” Assistant Athletic Director for Media Relations Karina McCormack said in an email.

The courts, which come at a cost of $800,000 and are projected to be completed by the fall of 2016, will also feature a walkway between them and a shaded viewing area.

Ryan Lynch is the Editor in Chief of the University Press. For information regarding this or other stories, email [email protected] or tweet him @RyanLynchwriter.