They are the first to have footage of the interaction, which offers insight into the spread of Ebola. 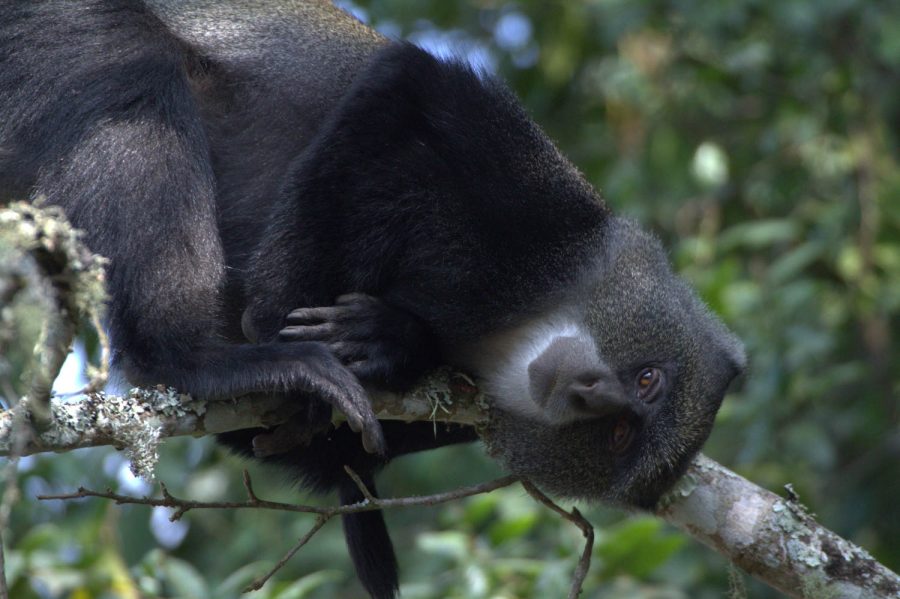 ntil recently, researchers have been unable to discover how bats have been able to transfer diseases like Ebola to primates. But thanks to a study from Florida Atlantic’s Dorothy F. Schmidt College of Arts and Letters, it’s now known that blue monkeys prey on various species of bats.

The study was co-authored by Kate Detwiler, an FAU assistant professor of anthropology, and Marina Cords — a professor in the Department of Ecology, Evolution and Environmental Biology at Columbia University. The two were on a research trip in the Gombe National Park in Tanzania, Africa, and later published their findings to the international journal, EcoHealth.

The transfer of disease between the two species was already accepted by the scientific community, Detwiler explained in an email. But until now, no one had recorded the predation of bats by monkeys with both photo and video evidence.

She said, “Bats leave their droppings on fruit or in the trees where monkeys also forage for fruit, and monkeys come into contact with bat feces and disease transmission occurs. Our study introduced a new hypothesis to African zoonotic research in that monkeys may come into contact with viruses not just through bat feces, but also directly as they eat bats.”

Elizabeth Tapanes, an FAU graduate with a master’s in anthropology, participated in and recorded footage of the discovery. Her camera was awarded through FAU’s Tech Fee Grant, a program that allows for students and teachers to receive money for tech equipment.

“We weren’t looking for bat predation but when we saw it, my team and I were really surprised by it,” Tapanes said in an email. “Of course, this was only possible because of a great on the ground team we have.”

For Detwiler, the highlight of the experience was putting together the results for publication.

“After this trip, my student Liz and I, along with our colleague Marina Cords from Columbia, developed the paper with a focus on monkeys eating bats and the implications for understanding disease ecology of Ebola and other human diseases.”