A look at all FAU baseball players who may be selected this year. 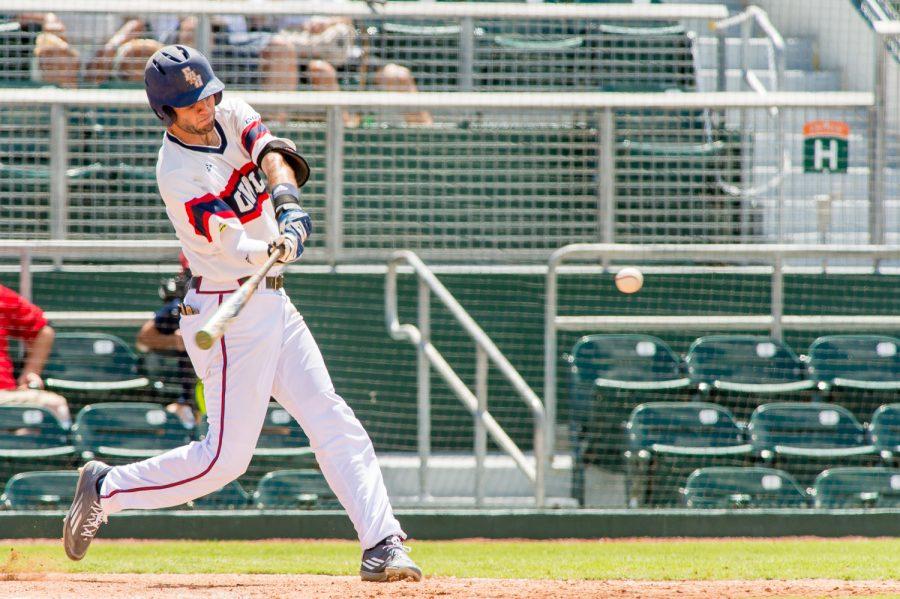 he Florida Atlantic baseball season just ended on Sunday, marking the start of the offseason for most players on the team. For a select few members of the team, their focus will shift toward the next chapter of their lives with the potential to be selected in the MLB Amateur Draft

The draft beings on Thursday, June 9, and the event and its 40 rounds extend through Saturday.

The sixth, senior centerfielder Billy Endris, will be looking to hear his name called for the second straight year. After being selected in the 39th round by the Kansas City Royals in 2015, he chose to forgo his opportunity last year to embark on his senior season at FAU.

Endris’ speed and ability to cover space in the outfield is what will intrigue scouts the most, as the centerfielder committed only one error in his senior campaign.

Chatham, an All-American and the 2016 conference player of the year, is ranked as the 66th overall prospect and the second-best college shortstop by MLB Pipeline for the upcoming draft. Chatham led the Owls in batting average (.357), runs (48) and hits (89).

He also earned the Conference USA Defensive Player of the Year award. His defense will allow him to be drafted relatively high, and if a team has enough trust in his long-term potential at the plate, Chatham could hear his name called in the second or third round.

Chatham’s double-play partner in the infield, junior second baseman Stephen Kerr, is another Owl whose defensive prowess could net him a draft pick. Kerr has made jaw-dropping play after play during his three years in Boca Raton, including an appearance on SportsCenter’s Top 10 Plays.

Kerr was described as “a burner with plus to plus-plus speed and really intriguing defensive tools,” by Baseball Draft Report.

Besides hitting for power — even though he hit a career-high five home runs after entering the season with only one in his collegiate career — Kerr has the makeup of the other four traditional tools scouts use to judge a player: speed, glove, hitting for average and throwing arm. His defense nets him a high ceiling and will always give him a place to play, but his bat could end up being the x-factor of whether or not he ever makes it to the majors.

The other two position players whose names may get called during the draft are senior left fielder Christian Dicks and redshirt junior first baseman Esteban Puerta.

Puerta doesn’t necessarily have jaw-dropping speed or defense, but his future will go as far as his bat takes him.

He led FAU in home runs (10) and RBIs (52) while setting career highs in batting average (.307), runs scored (39) and hits (70). He also showed maturity at the plate, recording only one more strikeout than walk.

Dicks is still a raw prospect who doesn’t particularly excel in any specific aspect of the game, but is well-rounded enough to catch the eyes of some scouts. He may be the darkhorse to be drafted, but after improving his batting average — albeit his strikeout rate grew while his home run total dropped from eight in his junior season to just one in 2016 — and not committing an error throughout the duration of the season, Dicks does stand a chance to continue his baseball career.

After both were drafted out of high school in 2013, they each had to wait their three years before coming draft-eligible again after choosing to go to FAU instead. Those three years have passed, but because of injury concerns, not too much is certain on their current draft status.

McKay was selected in the 30th round in 2013 and is the most likely of the two to be drafted in 2016. He finished the year with an ERA of 3.74 and led the team with 66 strikeouts along with limiting opponents to the lowest batting average (.222) among all starting pitchers.

The Texas Rangers selected Labsan in the 17th round of the 2013 draft. This past season, Labsan held a record of 5-1 and an ERA of just 1.96 before his season was cut short because of an oblique injury.

He also hit five home runs and, before his injury, was the only player in Conference USA to record two wins and hit two home runs.

Prior to this season, Labsan underwent surgery on his shoulder for a torn labrum. There is no doubt Labsan is on the radar of plenty MLB teams, however what is in doubt is how those teams will feel about his recent injury history.

The key questions that exist with Labsan — which also can be said about Kerr, Puerta, McKay and even Chatham to an extent — isn’t necessarily if he will be drafted, but if he will sign the contract or follow in the footsteps of Endris and return to school for one more season.

Senior pitcher Brandon Rhodes is unlikely to be selected, but his ability to command the ball may be enough keep him in the mix as he has never walked more than 15 batters in a season.

Ragsdale led Conference USA with 15 saves — three more than the next closest player — and held an ERA of 1.61.

The most FAU players selected in a single draft occurred in 2000, when eight heard their names called. That record isn’t likely to be broken, but 11 different Owls will be hoping to help break that record this year.