The team remains one game behind the conference leaders. 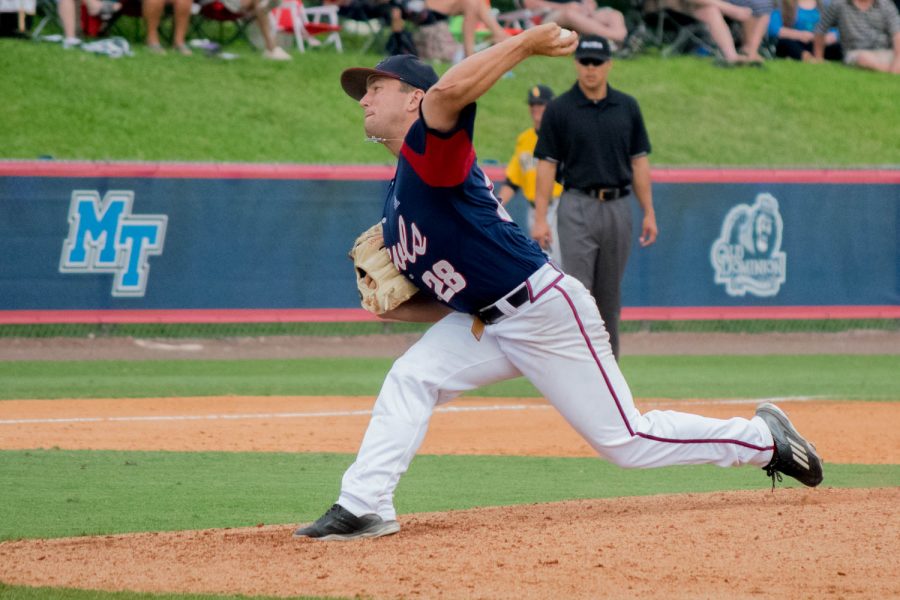 lorida Atlantic baseball swept the University of Texas at San Antonio over the weekend, outscoring the Roadrunners 21-10 over the series.

FAU (33-13, 17-7 C-USA) entered the weekend with the best overall record in Conference USA, but one game behind conference standings leaders Rice University and the University of Southern Mississippi.

The Owls will visit Ohio State University for a two-game series beginning on Tuesday, May 10, at 6:35 p.m.

Here is a recap of each game:

FAU came up to bat in the fourth inning facing a 3-0 deficit. Junior designated hitter Sean Labsan followed a junior first baseman Esteban Puerta RBI double with an RBI groundout to tie the game at two.

Junior third baseman Austin Langham and junior second baseman Stephen Kerr each recorded an RBI of their own in the inning as the Owls took a 4-3 lead.

The Roadrunners tied the score in the fifth inning before FAU’s senior left fielder Christian Dicks responded with his first home run of the season.

Freshman relief pitcher Nick Swan relieved Stewart in the middle of the fifth inning. He went on to shutout UTSA for the next three innings before junior closer Cameron Ragsdale earned his 12th save in the ninth inning.

After UTSA scored one run in the top of the eighth inning to tie the game at five, FAU exploded for an eight-run eighth inning which highlighted by a three-run home run off the bat of Puerta.

Junior starting pitcher Brandon Rhodes was removed from the game with one out in the seventh innings after he allowed three runs. Redshirt senior Devon Carr was awarded with the win, his fourth of the season.

UTSA took an early lead in Sunday’s finale, scoring one run off Labsan in the first inning. Freshman catcher Tyler Frank answered in the bottom half of the second with a two-run double.

Puerta capped off the series in the fourth inning with his second home run of the weekend.