Students currently planning to live in the apartment complex this summer will be moved to Innovation Village Apartments North. 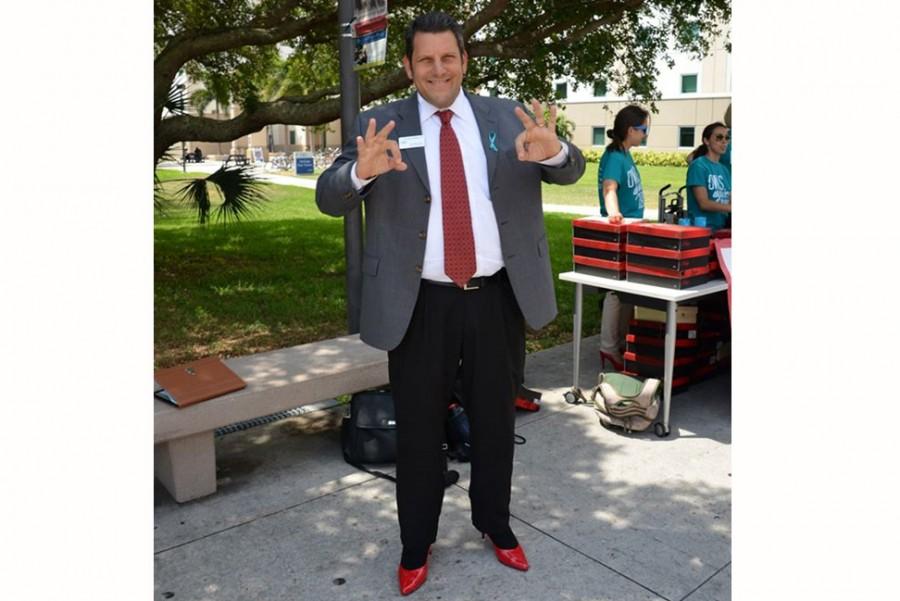 Director of Housing Larry Faerman at an April 2015 event dubbed “Walk A Mile in Her Shoes,” put together by OwlsCare to promote Sexual Assault Awareness Month. Photo courtesy of Larry Faerman

Last renovated in February of 2014, the extra upgrades are considered standard protocol according to Larry Faerman, executive director of Housing and Residential Life. He said that the renovations are necessary for the building.

“It is a practice of the Department of Housing and Residential Life to close each of our facilities every few summers to do necessary repairs and renovations that are difficult to accomplish while students are residing there,” he said.

Housing officials said that all residents staying for the summer in UVA will be moved to IVA North starting May 6. For some of the students that call UVA home, the renovations have been needed for some time.

“There’s a large insect problem at UVA. You often see them inside your dorm,” she said. “There was also an issue with a hole in my dorm’s bathroom. Rain water often leaks through.”

Junior communication major Stefanie Satucci lived in UVA and now resides off campus. Although she said she didn’t know about the recent renovations, she isn’t surprised.

“UVA has a big insect problem, especially with cockroaches,” she said. “Not a lot of my friends feel safe there.”

Faerman said in an email that a building can go as long as two years without necessary cleaning since the university offers housing between the fall and spring semesters. The opening of IVA in 2011 helped the housing department improve its ability to provide summer housing for students, according to Faerman.

“Since it has been opened, UVA has been consistently offered as summer housing. Prior to the opening of IVA, the department was limited in its ability to provide apartment-style communities in the summer and thus was more limited in its ability to close UVA. With the opening of IVA in 2011, it provided the department with an alternative apartment-style accommodation for summer students.