People on the Boca Raton campus may soon be able to protest anywhere on the property. 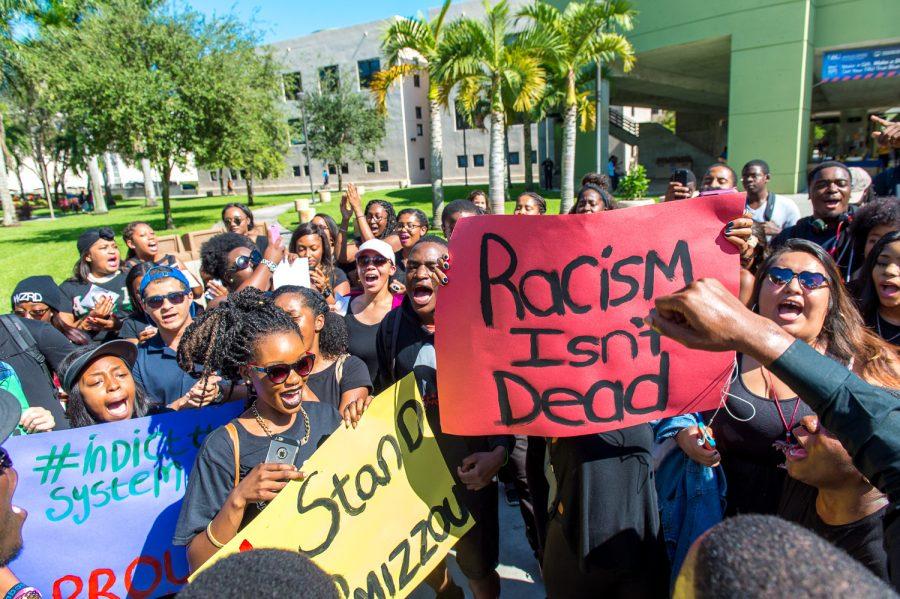 Students with FAU's NAACP held a protest on campus last November to support the students at Mizzou. Right now, there are limitations on campus as to where students can and can not protest. Max Jackson | Staff Photographer

ast week’s protest on campus against the dining choices presented at Atlantic Dining Hall was example of democracy in action. It was also, technically, illegal. That’s set to change with a new law passed by Student Government on Friday.

On April 8, the House of Representatives passed Boca Raton House Resolution 16-06, which makes the entire campus a place for free speech.

The current laws regarding protest and free speech say that students and university organizations must file a free speech form.

Protest organizers must also notify campus police about the date, time and estimated number of members for the protest, according to police Captain Larry Ervin.

According to university policy, non-university organizations and people are allowed to protest, but only in an area that has been designated for that purpose. The free speech lawn is located west of the Social Science building and the Breezeway.

University organizations were allowed to protest prior to the bill, but had several stipulations. They could not have any demonstrations next to athletic or recreational fields, university-owned education centers, or residential homes.

University streets and roads, the Breezeway, Traditions Plaza, the area near the Baldwin House and all other areas near university buildings were also prohibited. There is no designation for how close to a building is considered “near.”

Check back with upressonline.com for updates on the bill’s progress.