President Kelly to speak at all six commencement ceremonies

Here’s the inside scoop on who will be speaking at this year’s senior commencement. 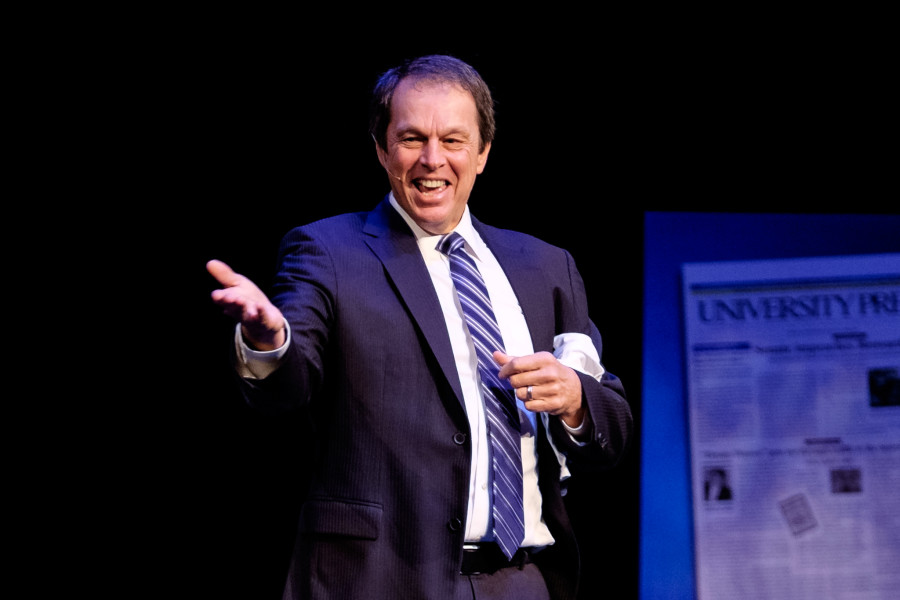 pring commencement 2016 will kick off this year with different speakers sending graduating seniors off to fulfill their futures.

“I’m looking forward to seeing the valedictorian speak,” she said. Ow says her friend Brandi Abrahams was bestowed the honor.

Also receiving an honorary doctorate at the ceremony on Friday at 9 a.m. is Richard DiMarchi, an FAU alumni who graduated in 1974. He is currently a Chemistry professor and chairman in Biomolecular Sciences at Indiana University.

He has co-founded biotechnology companies and brought many new medicinal drugs into the medicine market.

As a senior research scientist at Eli Lilly and Company, he created a synthetic analog of human insulin for diabetes patients.

Recently, he discovered a synthetic analog of glucagon, a hormone that deals with human body weight. An analog provides the same benefits as a compound, but is slightly different structurally.

Like numerous other seniors, Hospitality major Alex Ho says that “I expect any speaker to be giving us a lecture on what to be and how to be in the real world.”

Brett Burns graduated from FAU in 1981 with a bachelor’s in business administration — then he did succeed in the real world.

He will be inducted into the FAU Alumni Association Hall of Fame, and will speak at the 9 a.m. ceremony on Thursday, May 5.

Some students are happy to be moving into a new chapter of their lives, but sad that they will be leaving their college experiences.

“I’m very, very excited,” said senior psychology major Dario Coral. “It’s going to be a bittersweet moment, missing all of the people I’ve gotten to know over the past two semesters in Asian Student Union, yet I’ve been itching to move on to the next chapter in my life.”

Anita Pizzirani is a contributing writer with the University Press. For information regarding this or other stories, email [email protected] or tweet her @Pizzalicious_.