Part 18 of our weekly series highlighting each of the 19 players that signed with Florida Atlantic on National Signing Day. 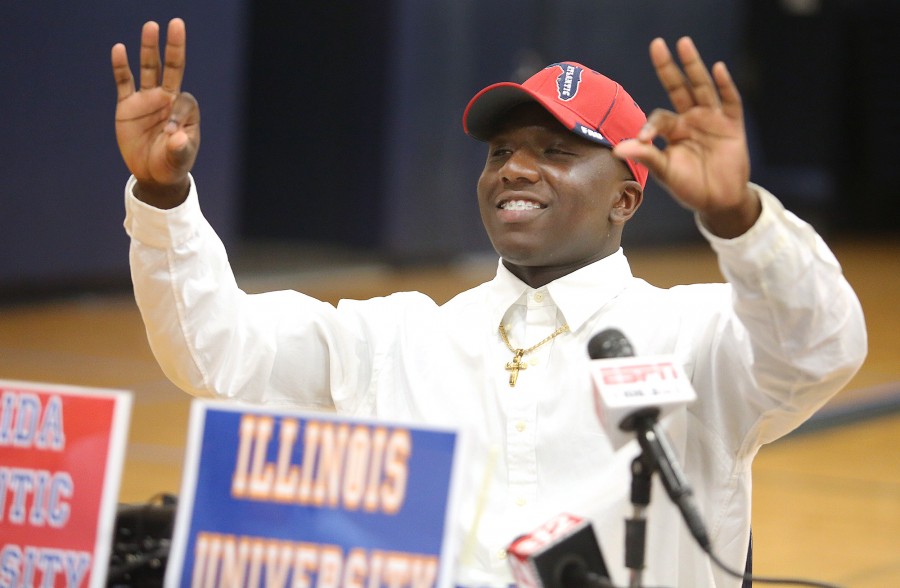 Though he originally committed to the Fighting Illini in November, Singletary knew days before National Signing Day that it wouldn’t be his future school. Despite knowing, he decided to wait until that day, Feb. 3, to make his announcement.

“FAU showed me love. When I went there it was like family.” Singletary said, while noting that he didn’t feel comfortable during his Illinois visit.

“That’s great honestly,” he said. “Big shout out to my linemen.”

He even earned the nickname “motor,” which was passed down from his dad, but was inspired by his running back abilities.

“I haven’t been anywhere, including here, where you haven’t gotten to the fourth or fifth running back over the course of the season,” head coach Charlie Partridge said. “We feel like both of these guys come in and bring quality depth and talent.”

Singletary just hopes to bring effort and good character to Boca Raton to try to get in the rotation.

“I’m going to be a leader, I’ll never slack, I’ll bring my all to the table every day,” he said. “Be known as one of the best, or the best.