The Atlantic Dining Hall fails in one key area: Dining 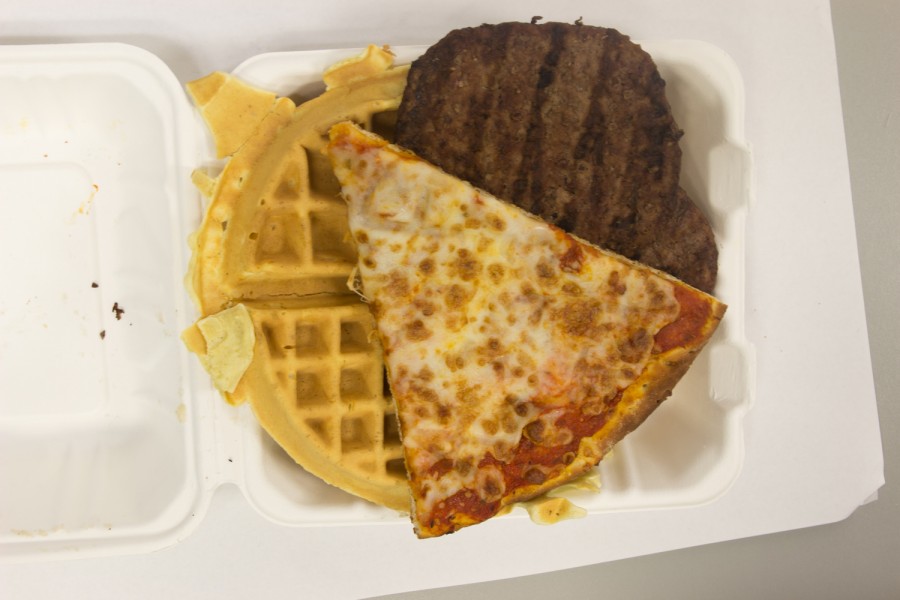 FAU’s Atlantic Dining Hall, or more informally, the caf, is notorious for its less-than-stellar food, and it isn’t ashamed.

I once watched a girl ask that her omelette be made with “real egg,” being skeptical of the soupy concoction that was ladled onto the griddle. The man behind the counter replied, “These are real eggs!”

“Real eggs” may have made up the faded-yellow omelette brew but, much like the vast majority of caf food, it was still far from appetizing.

I spend a lot of money on the meal plan to eat at the Atlantic Dining Hall — $1,896 per semester to be exact — so why aren’t we getting better quality?

Chartwells, the food provider of the caf and the rest of FAU, is part of the Compass Group — the largest foodservice company in the world, according to its 2011 annual report. As stated by the same report, it serves 4 billion meals a year, including to universities like FAU.

To add insult to injury, the caf has a knack for dishing out its most creative and tasty meals during tours and orientation.

I’m sorry, but why do the one-time visitors get the good stuff — like stuffed grouper, which was delicious, I suggest you try stuffing animals more often  — while I have to pay a fat sum of money to get stuck with poorly seasoned chicken and overcooked lasagna? I’ve cried more over the spongy caf chicken tenders than I did watching “Titanic.”

There’s a decision process that I go through every time I visit the caf. It’s not, “Gee, what do I feel like eating today?” as much as it is, “What won’t make me despise having taste buds?”

Many times, I’ve had to default to the pizza station, and that’s a sad fate. It’s almost as if the pizza was microwaved on a styrofoam plate and instead of serving you the pizza, they make you eat the plate.

On a recent investigative visit to the dining hall, I monitored a batch of hamburgers that were promptly taken off the grill at 5 p.m. I visited and revisited the burgers, all comfortably nestled in their plastic bin, until I had to leave for my 7 p.m. class.

By the time I left, only half had made it to a plate.

Bad news for students coming in at the tail end of dinner at 7:30 p.m. I hope you like stale burgers.

The only station with consistently good food is the sandwich station. But it’s as if there can be no unsolicited joy within the dining hall.

The sandwich-making process is an egregious task that suffers from horrible miscommunication and a constant shortage of ingredients. I have gone in multiple times wanting a roast beef on rye with banana peppers and olives, only to leave with a green tuna wrap with cucumbers.

The food at the caf is not so much enjoyed as it is choked down between gulps of soda. It exists to eat away at the souls of students until they have become numb to the plates of disappointment.

A long time ago, I stopped eating for taste and starting consuming only for nourishment, almost as if I were on some sort of twisted cafeteria “Survivor” special. My first visit to Taco Bell after prolonged exposure to the caf was an almost divine experience.

All in all, the caf food is the worst. Its best meals are saved for the days that visitors and tour groups are around, and it almost seems like it purposefully dishes out excessively disappointing food the rest of the time.

We have taken Plankton’s bait, and we are all eating at the Chum Bucket.

The best way to survive the dining hall’s food? Try eating during tour hours, when the meals are actually edible.

Safe eating times can be found here, also known as the tour schedule.