No. 12 seeded FAU faces No. 13 University of Texas at San Antonio in the first round of the conference tournament 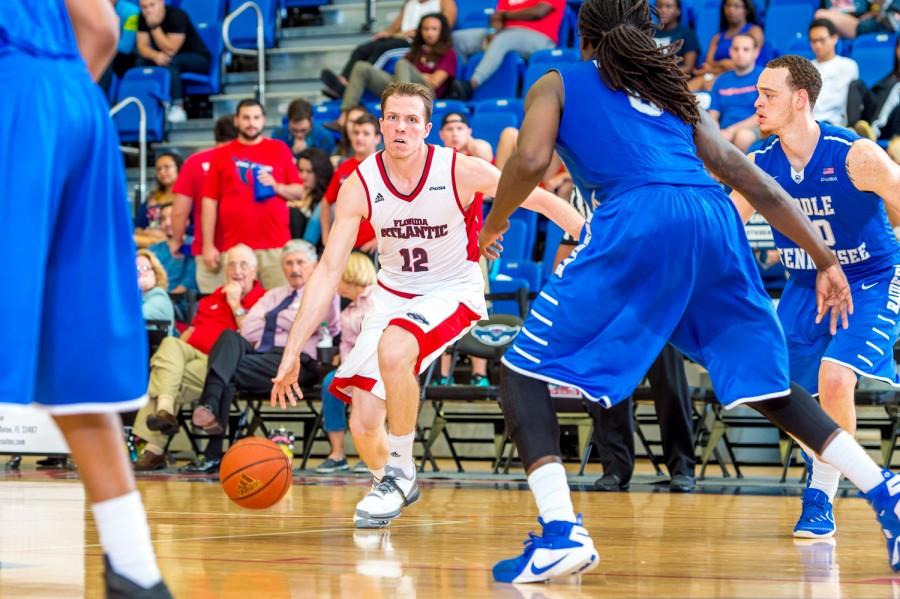 ith the regular season all wrapped up after a 73-70 loss to the conference’s top seeded University of Alabama at Birmingham Blazers, the Owls are now set to play the University of Texas at San Antonio Roadrunners in the first round of the Conference USA tournament on Tuesday, March 8.

Florida Atlantic (7-24, 5-13 Conference USA) battled UAB until the final buzzer last Saturday, but was unable to pull off the upset. However, after such a spirited performance, the Owls will be confident they can advance in the tournament.

FAU is coming off one of its better games defensively versus UAB despite the loss, holding the Blazers to only 39 percent shooting, including 6-20 of beyond the three-point arc.

UTSA has brought the best out of Jeantal Cylla offensively, with the freshman forward averaging 23 points per game against the Roadrunners this season.

FAU will need to play better than it has been defensively this season as it gives up an average of 74.7 points per game and allows opponents to shoot 46 percent from the field.

UTSA averages 72.8 points per game on the season, good for eighth in the conference and shoots 42 percent from the field.

The Roadrunners have three players who average double digit scoring this season. Senior guard Ryan Bowie and sophomore guard Christian Wilson lead the way with 17.9 and 17.8 points per game respectively, followed by 11.9 points per game from junior guard J.R Harris.

Path to the championship:

The Owls will have one of the toughest paths to the championship of all teams this season in any conference, having to win five straight games in five days to win the conference tournament.

To pull off this improbable feat, they will first have to defeat the Roadrunners. This would set them up with a matchup versus fifth seeded Old Dominion, which they lost to in their lone matchup of the season 78-66 on Jan. 28.

If FAU can pull off the win over the Roadrunners and the upset over Old Dominion, a matchup with the number four seed Louisiana Tech awaits. The Owls won that regular season matchup 63-61 after coming back from being down by as many as 24.

Winning their first three games would send the Owls to the semifinals, where they would be two wins away from an automatic NCAA tournament bid, which would be their second appearance in program history and the first since 2002.

The Owls’ main defensive purpose in this game will be to limit what Bowie, Wilson and Harris can do offensively. Wilson is averaging 25 points per game versus FAU this season, but the Owls have been able to keep Bowie quiet in the season’s series, holding him to only 16 points per game and 39.5 percent shooting.

However, the Owls’ subpar offense will play a major key in this game and they will not be able to keep up with the Roadrunners scoring wise. The Owls have only averaged 66.4 points per game this season, the second fewest in Conference USA.

Despite UTSA’s poor defense, giving up a Conference USA high 84.5 points per game, UTSA will upset FAU to advance, 78-72.

The first round will be played on Tuesday, March 8, at 4 p.m. and will be broadcast live on the American Sports Network.

Hans Belot Jr. is a contributing writer with the University Press. To contact him regarding this or other stories, he can be reached at [email protected] or on Twitter.