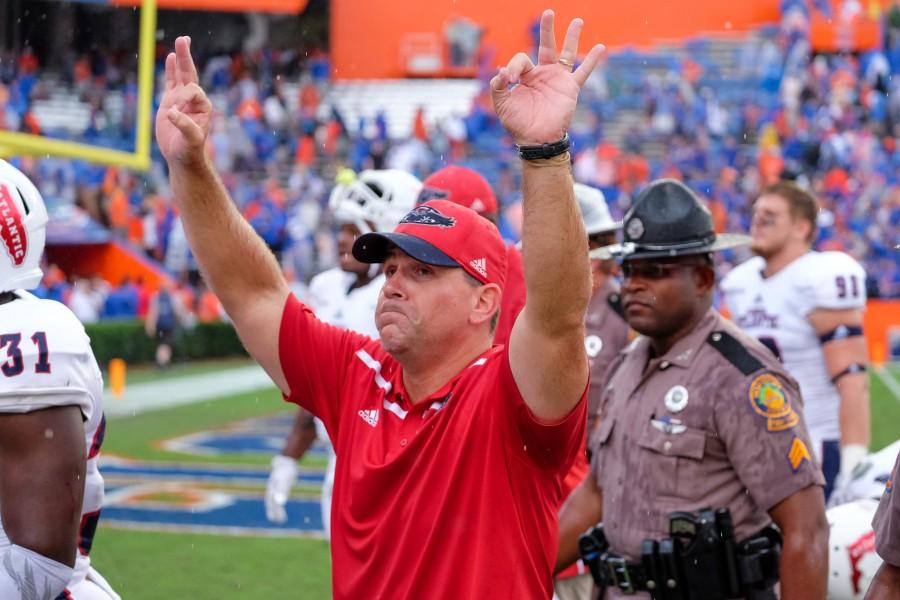 ntonio Hadden’s football career is relatively young, but his talent exceeds his experience.

The all-state wide receiver said he didn’t start playing football until he was 14.

“I had just began playing football, I was playing for talent. I had no fundamentals or nothing,” said Hadden, reminiscing on the beginning of his high school career. “By [junior] year I learned the game. By the senior, right now, I’m getting ready to read coverages.”

Though he’s still learning, Hadden believes his 220-pound, 6-foot-2 frame allows him to play a physical game while also having the ability of beating a defender with his speed, giving him multiple ways to get open.

“I think he’s a different breed than the receivers we’ve had here before,” Fort Pierce Central coach Josh Shaffer said to TCPalm’s Jon Santucci. “We’ve had superfast receivers like Nehari (Crawford). We’ve had superphysical guys like Josh (Knight) and Jameel (Jackson). But no one quite had the whole package like Antonio has. He is the entire package.”

The entire package is not limited to the gridiron as Hadden is focused on his academics as well, which is part of the reason why Florida Atlantic was so appealing to the business major.

“[FAU’s] the perfect fit for me as a person and a football player,” said Hadden, who loved how academically focused FAU’s coaches are. “I just felt like they’re good people.”

The wideouts are all in! @HADDEN_8 is officially an owl!!! #WinToday pic.twitter.com/IUIIJvdV33

Though head coach Charlie Partridge wouldn’t say which freshman would have a chance to play this upcoming season, Hadden should have the opportunity to gain early playing time as the team will be without last year’s leading receiver Jenson Stoshak.

Stoshak — who will graduate and no longer be a part of the team — was the only Owls’ wide receiver to gain more than 30 receptions, or 400 receiving yards.

“I just want to play and improve every time I play,” said Hadden.

Hadden will be coming to FAU alongside high school teammate Will Davis. Davis said Hadden is a quiet player, but believes he will do just fine at the collegiate level.

Our recruiting recap will continue next Monday with Ean Biancardi.
Brendan Feeney is the sports editor of the University Press. To contact him regarding this or other stories, he can be reached at [email protected] or on Twitter.