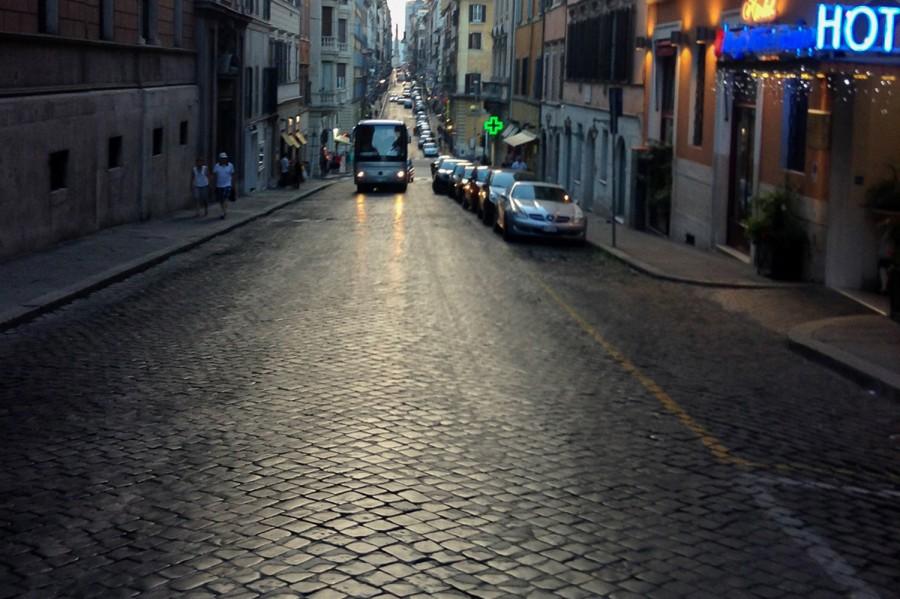 ulture shock is addictive, as is traveling. But not addictive as in “I just discovered Adderall during finals week and I’m never taking a test without it now,” more like “I just traveled to a different country and realized that there are other ways of living and it’s amazing.”

Last summer I lived in Rome for two weeks with a friend. Taking about 30 hours in total, I took a four-hour bus ride from Rhode Island to New York City, an eight-hour flight to Moscow, with a six-hour delay until my two-hour connecting flight to Rome, closing with an hour-long ride from the airport to the city center where my friend lived.

For two weeks I lived the daily life of an Italian in Rome (minus the speaking Italian part) and finally felt free.

Half of college in the U.S. consists of taking classes in small rooms with fluorescent lighting day in and day out — having the same routine of waking up too early for classes, eating the same cheap food, taking tests to see how well you memorized something and seeing the same buildings over and over.

If you couldn’t tell by now it makes me feel trapped and kills my motivation in general — call it my “mid-college-degree crisis.”

If you’re feeling the same, how should you fix this? You run. Far, far, away.

I’ve always had an itch that could only be scratched by traveling far from home, home being Rhode Island and far being Maine. Then, from Rhode Island to New York, Rome, Nice and Moscow in one fell swoop.

Almost everything I’ve done since visiting Europe has been part of an effort to find a way to make enough money to keep traveling and living like I did those two weeks.

Traveling will help you learn things you can’t at college; you can only learn so much from being on a college campus.

You meet new people and discover new things about yourself, but two, three or four years in the same 1,500 square feet can take a toll on anyone’s mentality.

Go to Rome and see how different day-to-day life is. Or just go somewhere you’ve never been — Texas, Chicago, anywhere.

Many people don’t explore past their comfort zone, be it their hometown, state or country.

But doing so can give you tremendously different experiences and change what you want to do in life. From being an accountant to a scientist, to traveling the world.

You may take a trip from Florida to, say, Boston and fall in love with the city.

Every moment after, you’ll just be itching to go back, looking for an excuse. Or you may visit and befriend a homeless person outside the subway station and find a new path in life: To help those in need.

It sounds like a draft for a Hallmark movie screenplay, but you really do get a substantially different perspective of the world from travel. It can help spur motivation to finish your degree and make you realize why you wanted it in the first place.

The friend I stayed with in Rome? She’s currently teaching English at a college near the city center. I bet your first thought is she got a degree in teaching, knows Italian and lucked out, right? Wrong.

She visited Rome for one week, loved it and decided to go there for a summer. She spoke very little Italian and had just enough money to stay for three months.

One day she met someone who recognized that she spoke English and was from the U.S. Just so happens, the person worked for a nearby college and was looking for an English speaker.

Soon after, she dropped out of college in New England, moved to Rome and hasn’t left since. She can afford her own food and studio apartment in the equivalent of the middle of New York City while teaching English in the most traversed city in Europe.

Anything can happen when you travel far and wide.

For travelers who need to make sleeping arrangements, Couchsurfing — a social media website — has your back. You send a message to someone who’s “hosting” and if they agree, then you’ve got a couch to sleep on for the night and a new friend.

Finding cheap flights is a bit difficult. Google Flights is good at finding the cheapest flights around the time frame you give it, however, cheap is a subjective term. Five hundred dollars is obnoxiously cheap for a flight to Rome, but ridiculous for a flight to Los Angeles.

Wait until about a month before you’d want to leave to get the cheapest flight if you’re going overseas. Don’t be afraid to have the trip take a while either — mine took around 30 hours but I saw New York for the first time and met tons of people on the way.

Andrew Fraieli is the opinions editor for the University Press. He can be reached at [email protected] .