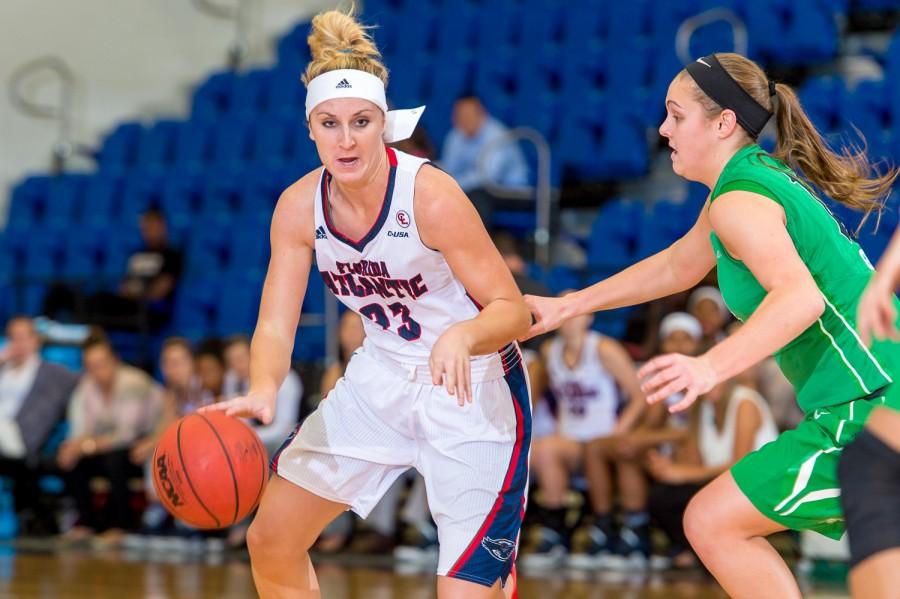 lorida Atlantic women’s basketball made 17 3-pointers, the second most in team history, in an 84-73 victory over the Marshall Thundering Herd on Thursday night.

The Owls (10-3, 2-0 Conference USA) started the game shooting hot as they jumped out to an early 25-8 lead led by redshirt senior Ali Gorrell, who ended the quarter with 14 points.

Gorrell scored a game-high 25 points and has averaged 17.6 points per game over the Owls’ current five-game winning streak.

Junior Kat Wright converted on 8-of-9 shots in the game, including 6-of-7 from the 3-point arc. She finished with a career-high 22 points.

Marshall (10-3, 0-2 Conference USA) was able to cut the lead down to six points with 2:31 left in the fourth quarter, but a layup by Gorrell started another Owl run that ultimately put the game out of reach.

Redshirt senior Leah Scott, who entered the game leading the Thundering Herd in scoring, led the team with 21 points.

Florida Atlantic’s next game will be against Western Kentucky on Saturday Jan. 9 at 3 p.m. in Boca Raton. The Owls are currently 8-1 at home this season.