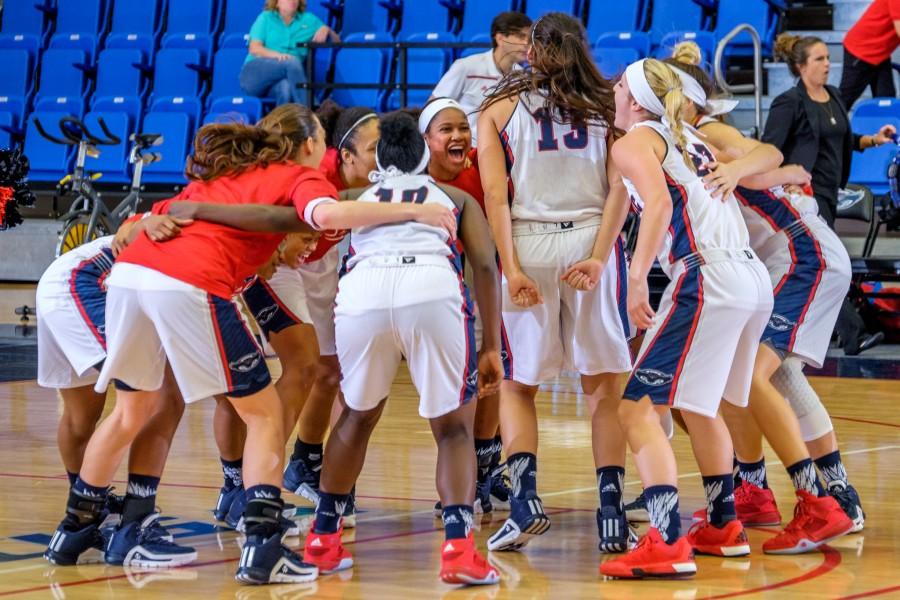 The FAU women's basketball team prepares to take the court before their game on Dec. 29 versus Bethune-Cookman. Mohammed F. Emran | Staff Photographer

wo days following its worst shooting game of the season, Florida Atlantic women’s basketball’s offensive struggles continued in its 85-79 loss at the hands of the Charlotte 49ers on Saturday night.

FAU (11-9, 3-6 Conference USA) missed its first nine shots from the floor to start the game, allowing Charlotte to jump out to an early 8-0 lead. The 49ers would hold onto that lead for the rest of regulation.

Junior Kat Wright was the Owls’ lone bright spot on the night, as she exploded for a career-high 33 points thanks to making 11-of-19 3-pointers, setting a new school and Conference USA record for the most 3-pointers made in a single game.

Her teammates combined to make 3-of-26 3-pointers. The team as a whole made only 39 percent of its shots throughout the game.

FAU, who trailed by 18 points at halftime, was able to cut Charlotte’s lead down to three with 7:19 left in the game, but was never able to capture the lead from the 49ers.

Senior Alexis Alexander and freshman Grace Hunter led Charlotte with 22 points each. Alexander entered the night as the leading scorer of the conference’s most potent offense.

Redshirt senior guard Ali Gorrell scored 12 points to go along with her 10 rebounds, collecting her fourth double-double in her last five games. Sophomore forward Melinda Myers was one rebound shy of recording a double-double as well, finishing with 10 points and nine rebounds.

The Owls’ next game will be in Boca Raton when they host Middle Tennessee State on Thursday, Feb. 4, at 7 p.m.