After falling behind early, Owls unable to make comeback in second half 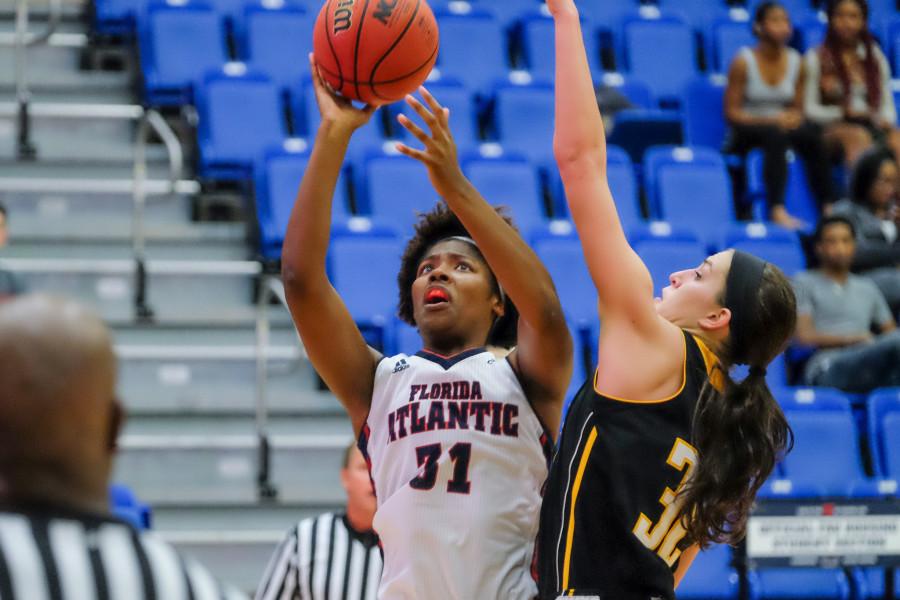 he Kansas State University Wildcats jumped out to an early 17-6 lead in the first quarter, using that momentum on their way to a 102-53 victory over Florida Atlantic women’s basketball.

The 102 points scored are the most by an Owls opponent since 2003, when Campbell University tallied 107. The 49-point loss is the biggest margin of defeat since March of 2012, when FAU lost by 56 in a WNIT game to the University of South Florida.

Kansas State tallied at least 22 points in each quarter. The 28 they scored in the first quarter set a program record for the most points scored in a single quarter since the change from halves this year.

The Wildcats were led by juniors Breanna Lewis and Kindred Wesemann. Lewis, who leads the team’s scoring with an average of 15.4 points per game, scored 12 first half points and finished the game with 14 points on 7-of-9 shooting, while adding seven rebounds.

Wesemann finished with a game-high 19 points and made five 3-point baskets on six attempts.

Kansas State received contributions from everyone, as all 12 Wildcats who saw the court recorded at least one point.

The lone bright spots for FAU were a pair of guards, junior Kat Wright and sophomore Nika Zyryanova. Zyryanova scored a career-high 14 points off the bench, her first game in which she did not start this season. Wright added 15 points on 19 shots, both team-highs.

Redshirt senior guard Ali Gorrell — who entered today with a team high average of 15.5 points per game — failed to reach double-digit points for the first time this season. She finished with four points.

FAU will look to regroup this week before travelling to Montana to participate in the Lady Griz Classic. Its first game of the tournament will be played against the host, University of Montana, on Dec. 19.

Brendan Feeney is a contributing writer for the University Press. To contact him on this or other stories, he can be reached at [email protected] or on Twitter.