Owls struggles to score inside lead to sixth loss of season 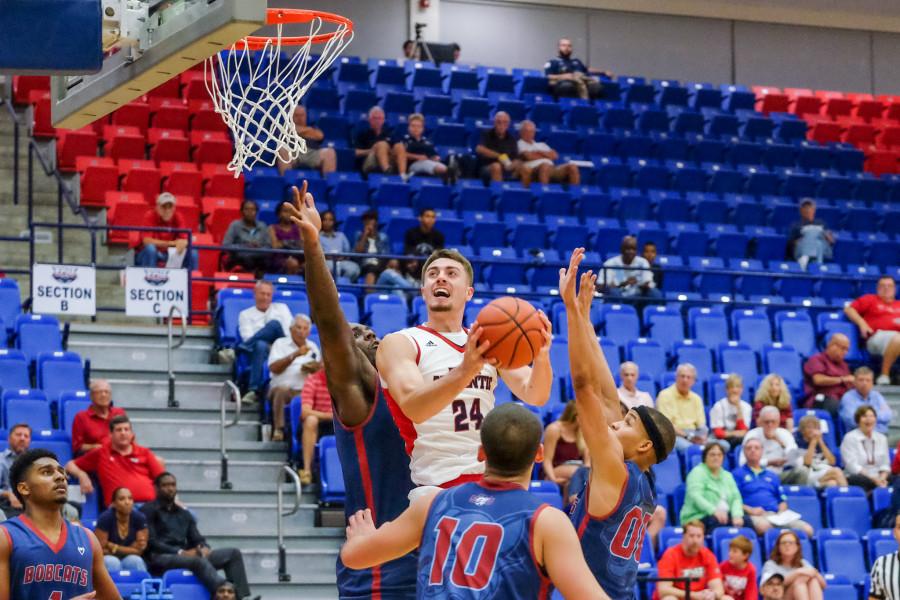 poor performance in the paint against the University of Central Florida led Florida Atlantic men’s basketball to a 75-61 defeat Saturday night, their sixth of the year.

The Knights (5-3) outrebounded the Owls 43-31 for the game, including 12 offensive rebounds. Their effort on the inside helped UCF take the lead in the first half and keep it for the rest of the game.

Center Tacko Fall, standing at 7 feet 6 inches, proved to be the backbone of the UCF inside defense with six blocks, continuing the Owls’ (2-6) scoring struggle.

For the second straight game, freshman forward Jesse Hill led the team in scoring, finishing with a career high of 22 points.

Orlando native Jackson Trapp registered 15 points after leading the team with 10 in the first half.

FAU won the last two meetings between them and the Knights, last losing to UCF in the 2006-2007 season.

The Owls start next week with a game at Eastern Kentucky University on Tuesday, Dec. 15, at 7 p.m. FAU beat the Colonels 69-66 in their matchup last season.

Ryan Lynch is the Sports editor of the University Press. For tips regarding this or other articles, he can be contacted at [email protected] or on Twitter.