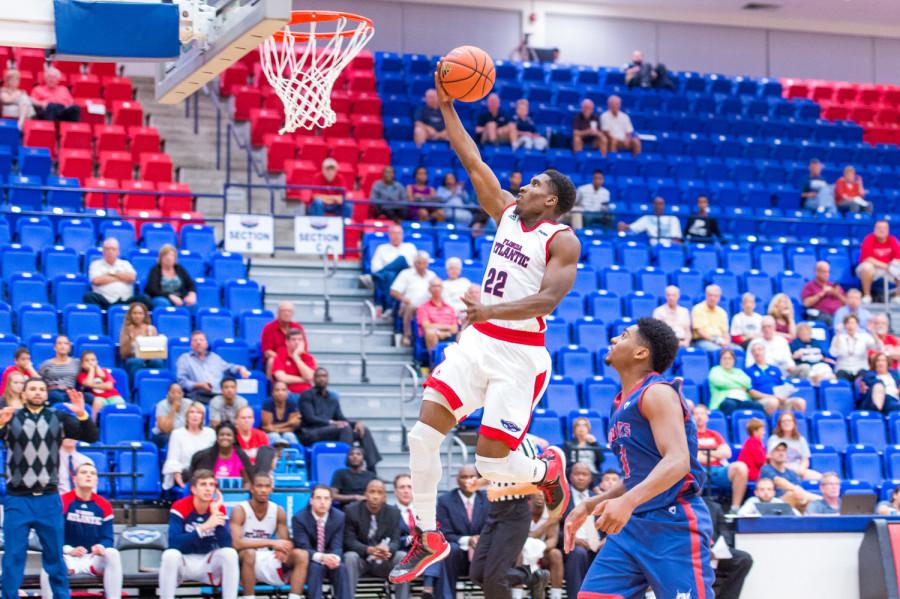 en’s Basketball was unable to start the 2015-16 season victorious as they lost to Michigan State University 82-55 in East Lansing, Mich. Friday night.

The Owls (0-1) got off to a slow start offensively, scoring four points in the first seven minutes of the game compared to 20 points from the no. 13 ranked Spartans. They finished the first half making only 8-of-31 shots and 1-of-8 three pointers.

FAU’s defense was able to force eight Michigan State (1-0) turnovers, but committed 14 team fouls by halftime. This allowed the Spartans to convert 11-of-16 free throws during that stretch.

Continuing to struggle in the second half, the Owls allowed Michigan State to control the paint. The Spartans ended the game with 53 rebounds and 12 blocks.

Turman’s 15 points was a career high.

Valentine nearly recorded a triple-double for the Spartans, finishing the game with 13 points, eight rebounds and nine assists.

FAU finished shooting roughly 34 percent from the field, making just 20 of their 59 shots, but shot well from the free throw line, converting 10-of-14 tries.

The Owls will play their their first home game of the season Tuesday Nov. 17 at 7:00 p.m. as they square off against Warner Southern.

Josh Talero is a contributing writer for the University Press. To contact him on this or other stories, he can be reached at [email protected] or on Twitter.