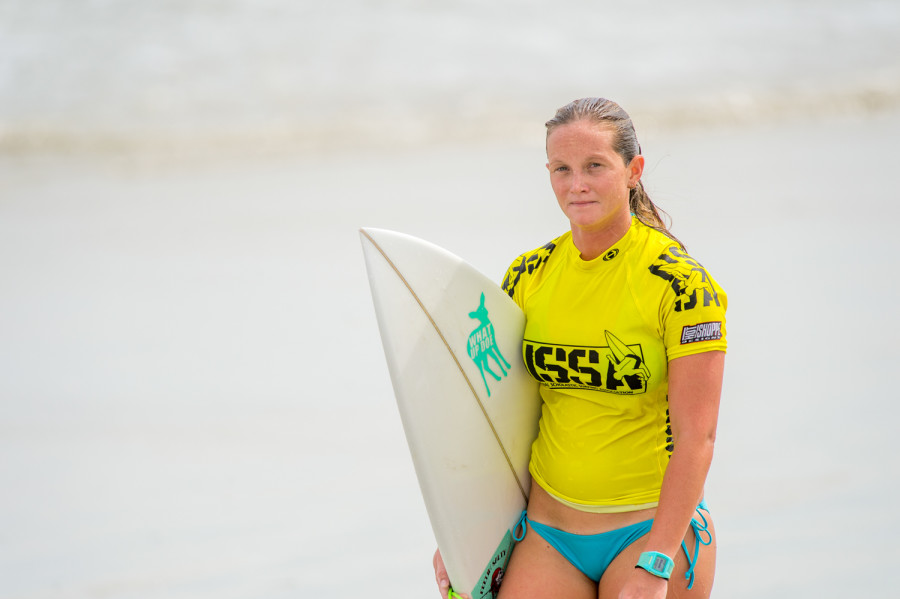 he Florida Atlantic surf club headed north to New Smyrna Inlet on Oct. 17 to compete in their third contest of the year, placing fifth in the 12 team field.

The event was put on by the National Scholastic Surfing Association (NSSA). FAU is in the organization’s southeast region, competing mostly against other universities in Florida.

Strong winds last weekend lent to less than ideal conditions for the competitors on the water. Waves were 2-to-3-feet high at the inlet (located three hours north of Boca), which is average for this time of year according to Surfline.com’s website.

Currents were strong throughout the day’s runs, forcing competitors to fight from drifting out of judging area.

“The waves were blown out and the drift was pretty bad. Everyone could only catch a wave or two before getting ripped down the beach by the current,” said Melanie Gannon, the president of FAU’s team.

Contests are held once a month, usually on the second or third Sunday, through the season, which runs from September to March.

The events are scheduled in advance for the season, so competitors are never really sure what conditions they will get on the day of the contest.

“The contest conditions always vary. We just have to work with whatever that day throws at us, whether the waves are 1-foot or overhead,” said Gannon.

With the difficult surf that was on hand, it was knowledge of the wave break that seemed to pay off the most. The top four places went to schools that are from Northern and Central Florida, all who surf conditions similar to the waves at the competition.

For more on the FAU surf club, look for a profile on them in the upcoming Oct. 27 issue of the University Press.

Joseph Kennedy is a contributing writer for the University Press. If you would like to contact him, email him at [email protected] Or, you can find him on Twitter.