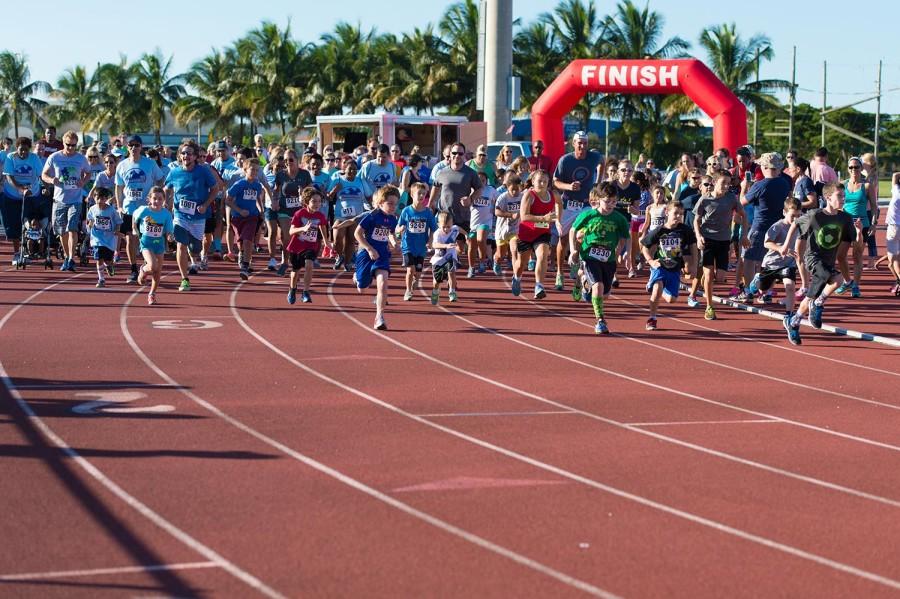 Participants of all ages display their support at the annual Homecoming Run for Autism last October. Max Jackson | Staff Photographer

ace up your tennis shoes and throw on a cape: The school is calling for all its heroes on campus to run and raise money for a good cause this October, during National Disability Awareness Month.

“We want to encourage students to have fun and dress up for the Homecoming Run for Autism,” said Trevor Lewis, the director of Homecoming.

Lewis is excited to see everyone put on their utility belts and dress up as their favorite superhero at the event. This is to go along with the theme of this year’s Homecoming, “Agents of Change.”

Decker said, “We want this to be for everybody, we want people to have a good time and start the week off with a bang.”

This year, students and community members will even have the opportunity to take pictures with iconic superheroes like Superman and Batman, according to Decker.

Lewis said, “There is tremendous receptivity in the community for the Homecoming Run for Autism.”

Last year, a poll was sent out to discover which Homecoming events were most popular. There were 12 events, ranked from favorite to least favorite. The Homecoming Run for Autism scored No. 3, coming behind the comedy show at No.1 and the concert at No. 2.

“To be completely transparent, I wasn’t expecting it to be in the top 10,” Lewis said.

About 1,200 students and 200 members from the surrounding community ran in the event last year, according to Decker.

Impressed by the turnout, Lewis decided to spice things up this year and focus more heavily on the run. He thinks the costume idea will be a success.

Sophomore sociology major Lynsey Pharazis was a supporter in the event last year with her then sorority Phi Mu and relished the experience.

“A lot of parents appreciate the support. Taking care of someone who is autistic can be difficult. That is why this race is so important because it brings those families together and they know that they aren’t alone,” said Pharazis.

Lewis agrees that the run does wonders for families who might need the support.

“We really want to focus on the awareness that comes with the Homecoming Run for Autism,” he said.

Lewis understands what this run does for both the community and FAU, and encourages everyone to participate.

All runners who have registered before then will be guaranteed a shirt when they pick up their race packet.

Race number and chip, powered by Accuchip, a disposable timing tag attached to the racing bib, according to the Accuchip website.
Race T-Shirt

According to Decker, even if participants don’t run, there will be booths for people who are not involved in the actual race.

Decker explained that the race is for everyone, but there is a competitive aspect.

“It’s a chipped event for anyone who is more serious about the race,” he said.

Everyone will walk away with a finisher medal, but there will be prizes for the first three finishers in each age group, according to Decker.

The prizes will range from goodie bags and coupons to mugs with the race’s logo.

Parking and Tranportation have already been notified and the Rec, along with the Center for Autism Related Disorders, will be promoting the race before registration ends.

The event will take place Oct. 25 on Glades Road. Everyone is allowed to run, including those with disabilities.