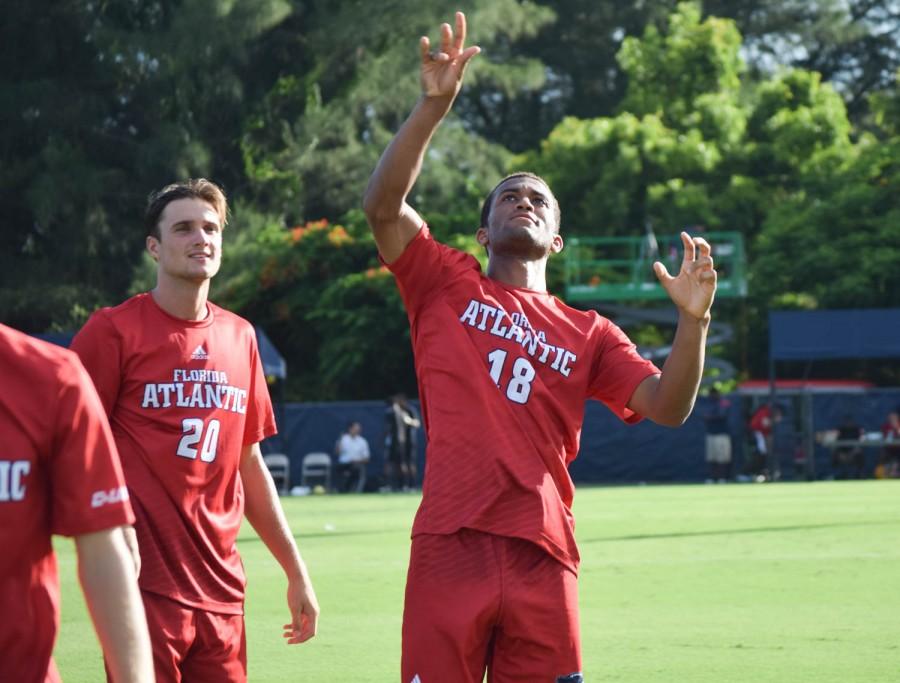 en’s soccer couldn’t complete a comeback bid on the road Friday night, falling to the South Carolina Gamecocks 2-1. With the loss, the team continued an 18-game winless streak (0-17-1) stretching back to last year.

The Owls gave up two straight goals in the first half to fall behind 2-0 at halftime, including a penalty shot goal in the 43rd minute by Gamecocks midfielder Danny Deakin.

Florida Atlantic surrendered multiple chances to South Carolina, giving up 13 shots in the half while taking only one.

In the 79th minute, senior midfielder Ramon Whittaker brought the Owls within a goal after receiving the ball in the box, putting home his second of the year to make it 2-1. Sophomore forward Oliver Powers and freshman midfielder Thomas Gallitz each had an assist on the play.

In the final 10 minutes the Owls put three shots on goal, but could not find an equalizer.