How Video Games Affect The Mind 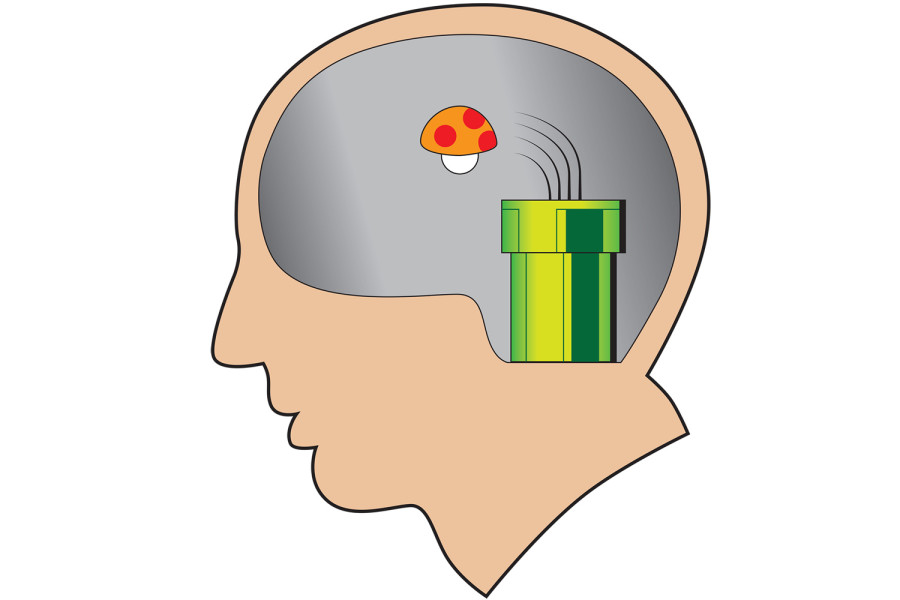 alking into the far corner of the Student Union at the Boca Raton campus, the faint clicking of buttons, playful bickering and the occasional uproar can be heard: These are the tell-tale sounds of video games.

Video games have been subjected to more and more research on their possible psychological effects on players, drawing comparisons to recreational drugs and addiction by some and praised as learning tools by others.

“Video games are short-circuiting our reward system that we rely on for feedback on what we are doing,” said Elan Barenholtz, professor of psychology at FAU. “Video games, I believe, make a much more consistent reinforcement that is kind of unnatural, and in a sense addictive. [They have] incremental accomplishments, rewards. All things we love.”

Human brains are goal and accomplishment orientated. A person has an intent to do something, he/she succeeds, and subsequently gets a shot of dopamine. Because of the characteristics of this chemical, it makes the person feel good and enforces their will to do it again, a reason that video games are so popular through all ages.

Humans receive these dopamine rushes commonly during play as children, learning from the experiences as well. But humans are not the only ones. “Many species of mammals, as cubs, will engage in play,” said Barenholtz.

However, he says it normally disappears by adolescence. “Play going into adulthood is novel to humankind.” It is a learning tool for children, but asking why they enjoy it is like asking why they like sugar. As stated by Barenholtz, they just do, they’re “hard-wired to enjoy accomplishment.”

Video games are a shortcut to this surge of dopamine because they are made up of linear, quick and short-sighted accomplishments. Whereas, “through life, rewards get much more complex and far removed,” said Barenholtz.

“[Video games] are similar to drugs, because it can create an artificial reward feedback loop.” Recreational drugs and video games function similarly in that they’re both shortcuts to the production of dopamine. “I don’t like to use the word addictive,” he said.

“If anything, it’s more like video games attract addictive people,” said Emilio Lopez, a junior electrical engineering major, “It doesn’t have to be an escape.”

Players see video games as more than just a quick dopamine rush: To them, they teach life lessons.

“[They are a] way for me to feel self-confidence, I can put on a show and beat people. It’s like sports,” said junior music major Kyle Wehrs.

“I play because I see [Video Games] as a way to immerse yourself in a world where anything is possible. You can figure out who you are by playing as others,” said sophomore engineering major John Silva.

Gamers aren’t the only ones who feel that video games can be beneficial.

In 2011, Valve Corporation, the video game company that produced the award-winning physics-based puzzle game Portal, began a program to allow schools to download a modified, free version of Portal to help teach physics.

From their website LearnWithPortals, they describe how “it’s eye-opening to see how video games can be used in amazing and unexpected ways to help educate our next generation.”

Many gamers have a similar mentality about the positive effects of games described by Valve. Malik Andrew, a junior psychology major, said he plays “to relax and unwind from stress.”

Junior ocean engineering major Justin Dalton agrees, saying, “I think anything can be addictive.” Dalton’s reason for playing games was quick to mind, unlike some of the others. “Some people meditate, I play video games.”

Barenholtz describes video games as “brainwashing, [you] into believing you are succeeding in life, like a magic trick, the brain is being fooled, saying you’re doing great, therefore pleasure.” He says the biggest problem is “you are no longer hinged on reality, you kind of believe you are there.”

Barenholtz mentioned that these concerns are coming true in China, where government-operated clinics treat sufferers of video game addiction.

Barenholtz looks to the future, with the problems of game addiction in popular society. He is worried people will eventually rather be in virtual reality than real life. “Get an IV drip and we are all good,” Barenholtz said.