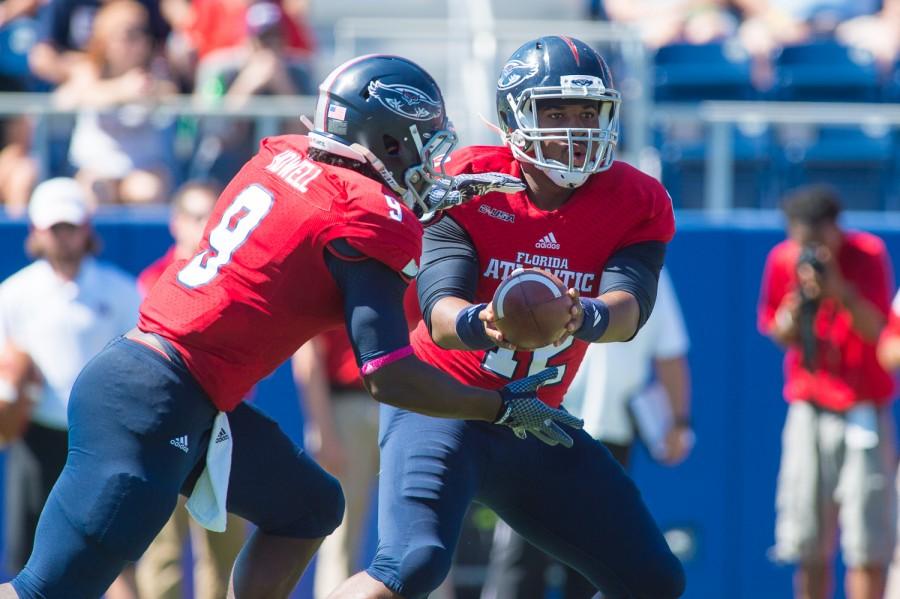 After suffering an overtime loss Saturday (44-47) to Tulsa, the Florida Atlantic Owls have put last week’s game behind them and are now channeling their focus on a new storm, one that’s orange and green rather than gold: the Miami Hurricanes.

“Players dream about being a part of a week like this,” said head football coach Charlie Partridge.

Partridge’s goal for Friday falls nothing short of winning. He understands the kind of stage his team will be playing on.

“I truly believe there will be thousands of fans who will walk into our stadium for the first time,” said Partridge. “There is a lot of excitement. You can really feel it  across the board.”

There is a lot of hype surrounding Friday’s match-up. The 5,000 student section tickets sold out on the first day, hours after they were made available. A separate allotment of 200 tickets was made available on Thursday afternoon to allow more students to get tickets.

“This game is going to be my first college football game as a student here, and I think we have a real shot to win after seeing how well we scored last week,” said Kowalski.

However, there is some doubt among students on campus that the team can even get it done this week against a big name school like Miami.

Bailey concluded that since FAU couldn’t win on the road against Tulsa, the team has no shot to steal a win at home against south Florida’s Hurricanes.

Despite the loss Saturday, there were a number of positives to take away from the game for the Owls. The team rushed for over 300 yards, and the ground attack was led by sophomore running back Greg Howell with 137 yards.

On the other hand, Miami only allowed the Bethune-Cookman Wildcats 48 rushing yards in their 45-0 win last Saturday and didn’t allow for a single touchdown or field goal to be converted.

“This is a different defense than what we played against at Tulsa,” said Partridge.

Miami only allowed one third down conversion out of 12 attempts, and stopped the Wildcats’ only fourth down conversion attempt. FAU struggled on third down, forcing themselves in numerous third and long situations only to convert four third down attempts all game.

The ‘U’ has won five national championships and is responsible for sending 325 players to the National Football League. Some high profile NFL alumni include Ray Lewis, Warren Sapp and Michael Irvin, all of whom own Super Bowl rings.

“I grew up with a University of Miami poster on my wall. They’ve been around a long time and have done a lot of things,” said Partridge. “[We] know the history. I don’t need to give [anyone] a history lesson.”

FAU can make their own history with a win Friday against the Hurricanes. It would be their first win against the Miami program in two match-ups, and would be the Owls’ second win ever against a Power Five conference team. The Owls previously beat the Minnesota Golden Gophers 42-39 in 2007.

Brad Casson is a contributing writer with the University Press. To contact him on this or other stories, he can be reached at [email protected]