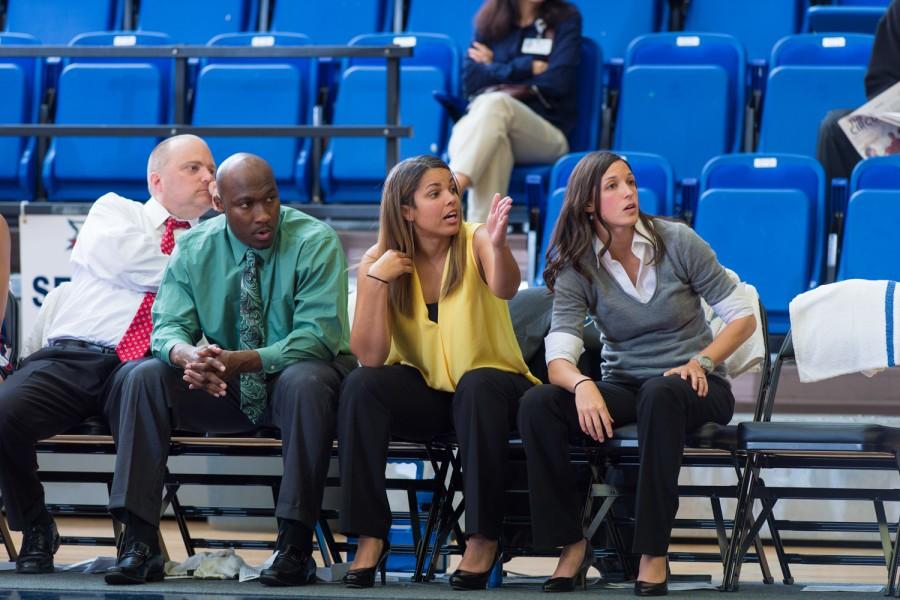 Kellie Lewis-Jay’s new team will have its hands full next year, with three tournaments and a whole new slate of opponents. Photo by Max Jackson.

he Florida Atlantic Women’s Basketball team has released its schedule for the 2015-2016 season. Notable matchups include a tilt between conference champion Western Kentucky University as well as three regular season tournaments, the most for the program in 10 years (They played five in 2006-2007).

This year’s squad kicks off the year at home versus the Akron Zips, the first time the Owls have started the regular season in Boca since the 2011-2012 season.

After games at Florida Gulf Coast University and versus Milwaukee, the Owls will host their annual Thanksgiving tournament on Nov. 27 and 28. Delaware State, South Dakota and Appalachian State will also play in the tournament.

FAU will also compete in the Lady Griz Classic and in their own holiday tournament.

The Owls will play Montana, who is hosting the 35th edition of the Classic, on Dec. 19. They will also play Utah State versus Tennessee State on Dec. 20.

The holiday tournament’s participants include Miami University (Ohio), Bethune-Cookman and Long Island University-Brooklyn. The Owls will play their games on Dec. 29 and 30 respectively.

Western Kentucky was last season’s conference champion, winning 30 of their 35 games en route to the Final Four. Returning much of their roster, expect the Lady Toppers to be the Owls’ toughest conference opponent once again

Heading into Kellie Lewis-Jay’s fourth year at the helm, the Owls return much of what was the youngest team in the entire country last year. Shaneese Bailey (Miami) and Lauren Williams (Stony Brook) both transferred, and their output will need to be replaced.

A major replacement could be sophomore guard Nika Zyryanova. A native of Yekaterinburg, Russia, she is already making a name for herself on the pro stage playing a year with UMMC Ekaterinburg in 2012.

At five-foot-nine, she adds much-needed size to the backcourt which often saw itself overpowered by taller opponents.

After making the Conference USA tournament for the second time in school history, there should be more confidence and improvement coming out of the Burrow. If nothing else, the Owls have one thing they did not have last year: more experience.

The Owls have not reached their full potential just yet. Expect senior guards Ali Gorrell and Morgan Robinson to lead the team to some success in their final year. Check out the full schedule here.

Ryan Lynch is the sports editor for the University Press. For tips regarding this or other articles, he can be reached at [email protected] or on twitter (@RyanLynchwriter).