The official tailgating spot, known as the Rat’s Mouth will be relocated to lot 5, in front of the ecological preserve, despite a petition from FAU student. 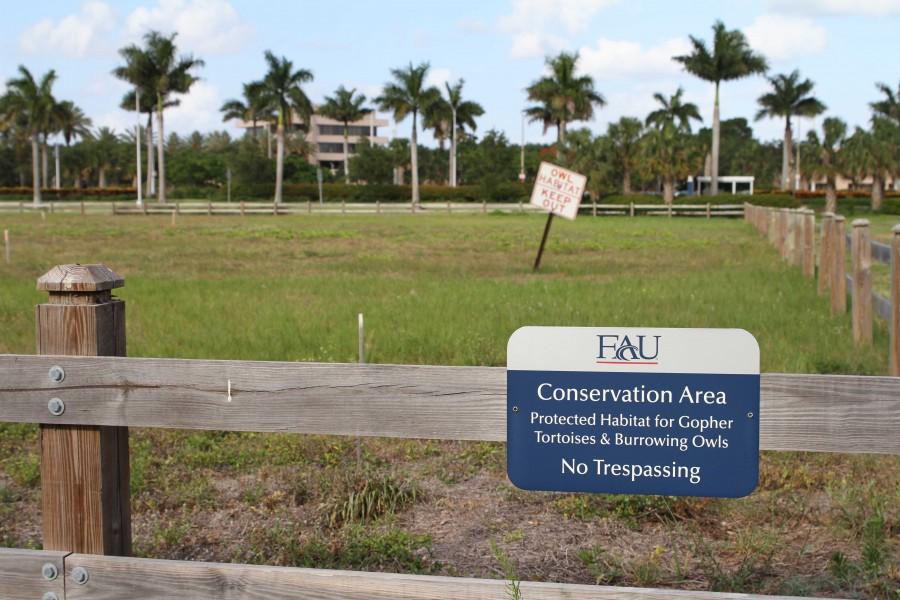 Correction: Azita Dashtaki Dotiwala was previously reported as the associate vice president for facilities. Her title is campus planner for facilities management.

AU’s student government and athletic department is planning on changing the official student tailgating spot, known as the “Rat’s Mouth.”

The new location will be Lot 5, located next to the 90 acre ecological preserve that houses endangered plants and animals, like gopher tortoises and burrowing owls. Some students however, do not agree with this change.

FAU student Leead Negri created a petition to keep the Rat’s Mouth where it has been for the past three years — on the lawn in front of the stadium.

The petition expresses its concerns with how the new tailgating spot would hurt the wildlife and states, “there are animals constantly crossing Lot 5 to and from their natural habitats. The noise, mass of people, and litter in the Lot 5 would endanger their lives!”

It also argues that the move “would encourage drinking and driving since most people would opt out to tailgating in off campus locations.” The lot is also a decrease in space, allowing each organization only one parking permit and five spots to tailgate. The space limit, however, is not set in stone.

Associate Vice President for Facilities Azita Dashtaki Dotiwala, explained in a Conservation Committee meeting on May 27 that the goal is to not have it directly in front of the stadium, because the “heavy traffic” of students disturbs the families and their kids entering the game.

The move to Lot 5 is because it will be near the new student seating section in the stadium, now located on the north end. The section change was proposed by former student government president, Michael Cepeda, to vice president and director of athletics, Patrick Chun, last summer.

Dotiwala assured that there will be signage displayed to indicate the preserve, as well as plans for the FAU Police department to be stationed at Lot 5 during the tailgates in order to protect the environment and its endangered animals.

She also commented on how Lot 5 is already used as a parking lot for the football games, so moving the Rat’s Mouth there would not make much difference.

Rachel King, a gopher tortoise biologist at Florida Fish and Wildlife Conservation Commission stated that gopher tortoises and burrowing owls are skittish in nature, and that the “tortoises are not going to eat that day during the time of the tailgating.” However, she says that the damage would not be life threatening and minimal since FAU’s home games are only six times a year.

Mary Truglio, a wildlife biologist and conservation committee member, said that “the owls will not be bothered as long as nobody is trampling their burrows, and campus security and signage will be increased to avoid this.  The tortoise do travel across this lot to feed but with the short duration of a tailgate, they will find an alternate route (further north of the tailgate area) or wait until the tailgating is over.”

The director of Environmental Science Program, Dale Gawlik, also agrees that impact would be minimal only if FAU can successfully “require people to keep to the concrete 100 percent and clean up the pollution.”

Plans to remove the concrete that makes up Lot 5 in order to connect the segmented ecological site has been talked about for approximately eight years, according to Dotiwala. However nothing could ever be put into action due to lack of funding.