Three Owls who could get their number called 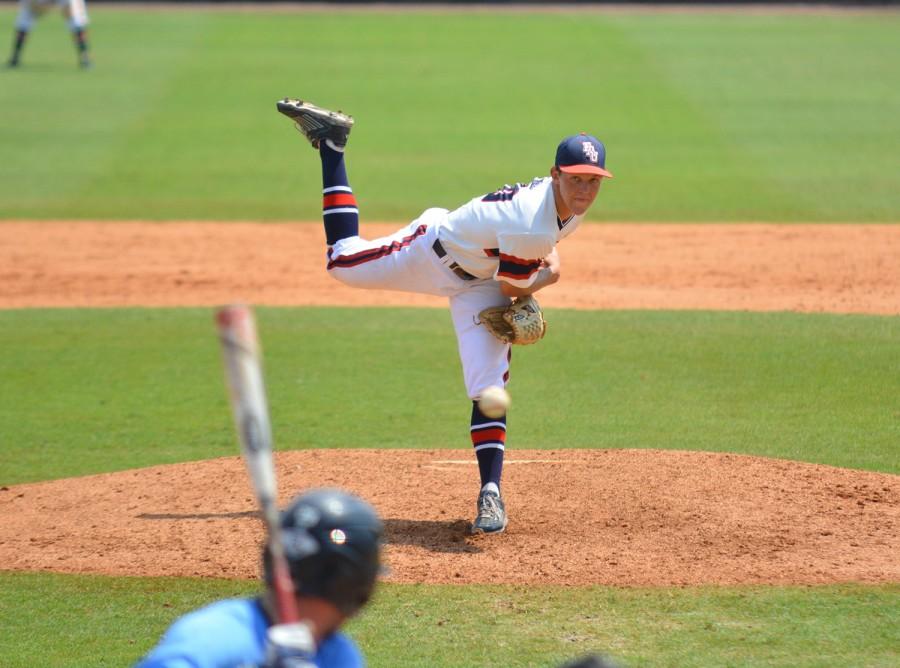 he first week of June is upon us, which means the MLB draft is coming up on June 8-10.

FAU had two players drafted last year (pitcher Austin Gomber was selected 135th overall by the St. Louis Cardinals, while shortstop Mitch Morales was selected by the San Diego Padres 867th overall), and this year should bring much of the same.

With 40 rounds worth of picks along with compensatory selections, the MLB has the longest draft of all four major sports.

With the high quantity of players being picked, here are a few Owls who might get the call to the pros:

Sanger arguably was one of the Owls’ best table setters, with an on-base percentage of .492. Reaching base in almost half his plate appearances this season, he scored 57 runs — tied for first on the team.

His .370 batting average was the best in Conference USA, and he also totaled seven home runs and 45 RBI. Sanger has the ability to play the corner outfield spots, as well as above average speed in both baserunning and fielding.

The reigning Conference USA player of the year, Sanger could potentially wind up selected as high as the fifth round, but probably will find himself between rounds 10-15. Whether or not he returns after being picked is up to him, as he has one more year of eligibility remaining.

McGarry was on quite a few people’s radar at the start of the year, being picked as one of the top 100 juniors by Perfect Game. The righty reliever went 4-1 with a 2.25 ERA in 21 games, while striking out 35 batters and walking 14 (2.5 strikeouts for every walk).

McGarry showed versatility in how he was utilized, from being used in a set-up role to becoming the team’s closer. His five saves were second to senior pitcher Bo Logan’s six.

McGarry could go in the 15-25 round range. He possesses a mid-90s fastball, as well as a great slider, but he occasionally loses control at times.

With a year of college eligibility left, McGarry has a choice of going pro or staying an Owl and developing another year before signing. Either way, the fact that his pitching arm only has minor wear after being injured could be a comforting sign for scouts and coaches alike.

Santiago had his best season in an Owls uniform this year, hitting .322 with a .512 slugging percentage. He hit eight home runs and 22 doubles, showing extra base power and an ability to work in the gaps.

A major downside to Santiago’s game this season was his glove. Usually strong in that area, Santiago made 17 errors to lead the team and held a .887 fielding percentage.

If a team was to pick up Santiago, it would probably be between rounds 30 and 40. He definitely possesses the skill to hit, but would need to find consistency in his glove again.

Under the radar picks:

The Owls have had a player selected in every draft since 2006. The most players ever selected in one draft was in 2000, where eight players were drafted from FAU’s roster. The Draft starts at 6 p.m. on the eighth, and you can follow it on both MLB Network and on their tracker here.