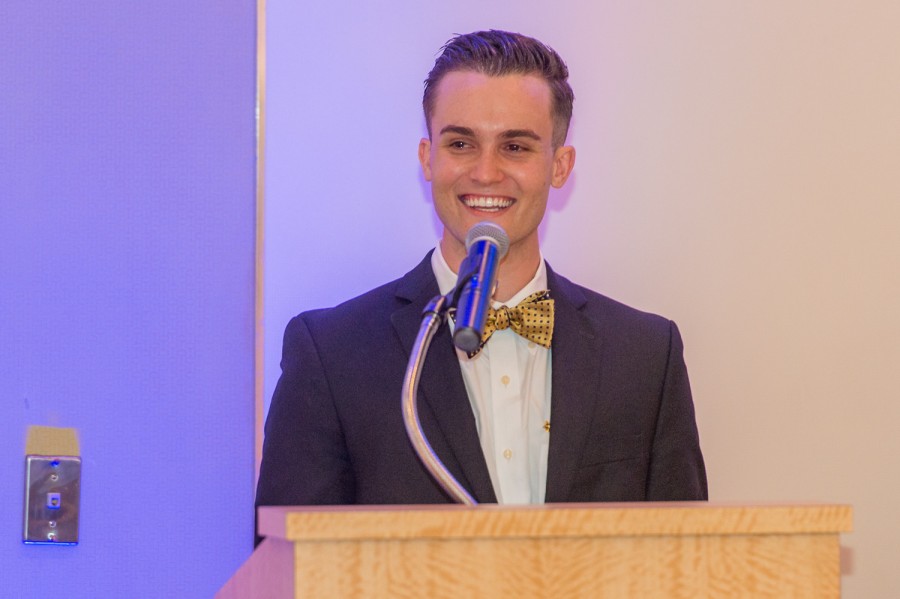 his summer Florida Atlantic senior Evan Camejo won’t be spending his break hitting the beach or doing keg stands. Instead, he will hit the road with 35 of his Pi Kappa Phi brothers from around the country to spread awareness for those with disabilities.

The trip is part of the fraternity’s philanthropic effort, the Ability Experience. Pi Kappa Phi owns and operates the philanthropy themselves, and is the only Greek organization in the country to do so.  They provide accommodations for people with disabilities through construction projects and by raising money from cycling programs.

“It’s really why I joined this fraternity,” said Camejo. “I feel that it’s a lot different in the sense that it focuses on relationships with people that it helps instead of just donating money. It’s more of a personal bond with people that you’re helping.”

“Journey of Hope” is the philanthropy’s biggest event. It all started in 1987, with a team of 21 team members raising $20,000, according to the Ability Experience website.  Since then, it has expanded into three different routes that over 100 fraternity members cycle each summer from coast to coast. Teams now raise more than $500,000 each year.

On June 3, Camejo will begin the 3,500-mile trek from Seattle to Washington, D.C. For two months, he will serve as a crew member and drive alongside the cyclists biking the trip. His duties will include planning the route, ensuring the safety of the cyclists and developing relationships in the communities they travel through.

Each day the team will go on “friendship visits” with local disability organizations. During this time, members will get a chance to interact one-on-one with disabled children and participate with them in activities like wheelchair basketball and puppet shows.

“It’s about honoring relationships with people with disabilities. People like to look past those who are differently abled and I think that it’s important to  respect who they are as a person,” said Camejo.

In order to participate, he must raise $2,500 by the start of the trip.  So far, he has been reaching out to his fraternity brothers and other sororities for support. Camejo, a graphic design minor, is also putting his artistic skills to work by drawing caricatures for $10 donations. Right now, he is about $2,000 short of his goal.

“If I do reach my goal, I told my brothers they could shave my head and dye it whatever crazy color they want,” he says.

Camejo will be the first Pi Kappa Phi from FAU to make the journey; however, his involvement is inspiring other members of the fraternity to get more involved.

Students can show their support for Camejo by making a donation or by liking his Facebook page.