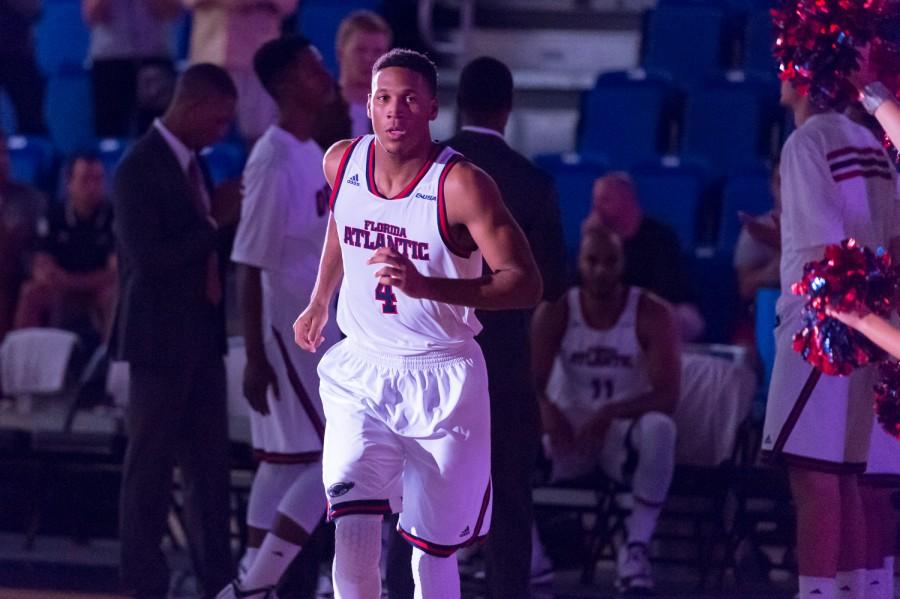 Justin Massey runs onto the court during the Owls' game against Warner on November 17. Photo by Max Jackson| Photo Editor

The revolving door of players continues to spin for Florida Atlantic men’s basketball head coach Michael Curry. Sophomore guards Justin Massey and Malcolm Laws are both planning to transfer at the end of the semester, according to Twitter and verbalcommits.com.

The duo joins D’andre Johnson and Maceo Baston as the third and fourth players to transfer from the team after this past season.

The situation for both of their transfers is unclear, but the fight for playing time between the guards in the crowded backcourt could have presumably created problems.

Wherever they go, Laws and Massey will both have to sit for a year due to NCAA transfer rules, but both retain three years of eligibility after that time.

The team had already lost four players to graduation, as well as a player who retired to focus on academics. With all the losses, FAU has just six players left from last season’s squad.

Transfers Ronald Delph (Auburn) and Adonis Filer (Clemson) will join the team next season, and Oklahoma transfer Frank Booker will sit out next season and play in 2016-2017.