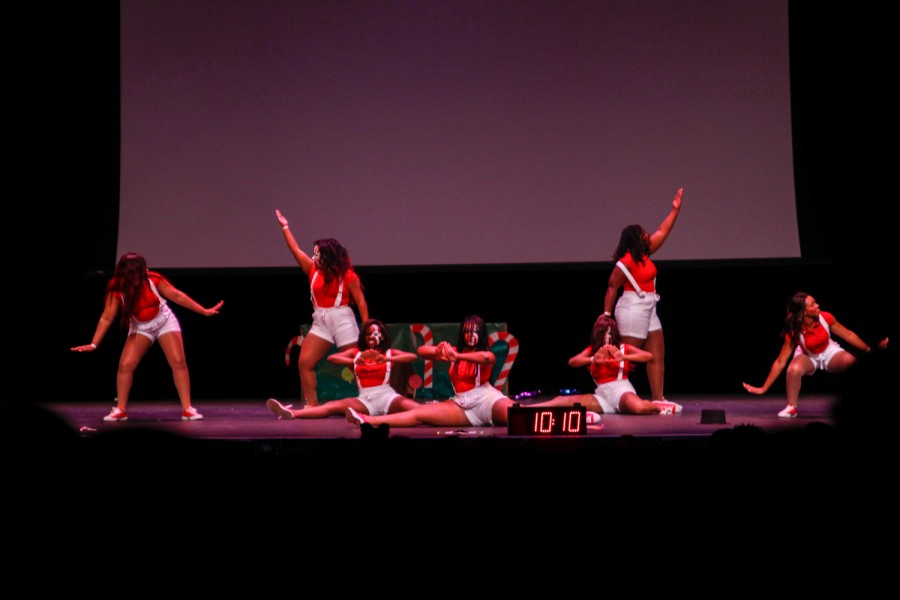 The Xi Epsilon Chapter of Delta Sigma Theta sorority won the competition for the second year in a row, while Iota Phi Theta came away as the winning fraternity. The Omicron Gamma chapter of Kappa Alpha Psi fraternity was second, and Alpha Kappa Alpha sorority placed second for sororities.

The Step Show brought together different National Pan-Hellenic fraternities and sororities from across Florida, with both alumni and current members attending the event. DJ Nasty and DJ Nailz, two local West Palm Beach DJ’s, provided music and hosted the show.

For some of these Greek organizations, winning this event would not only bolster their organization’s reputation, but help them financially with a $2,000 prize.

“It just means a lot to win it for us because the money will definitely help us out. Because of the low numbers of members in our chapter, we don’t have as much money as other organizations,” said Courtney Crawford, a member of the winning Delta Sigma Theta sorority. “Any little bit which we can raise will be able to help us do more within our chapter.”

The rules of the event for the Greek organizations were as follows:

A recurring theme of the organizations was the use of popular vines and culture symbols within their performances.

Last year’s winning fraternity of the Step show, the Delta Beta chapter of Alpha Phi Alpha, did not participate at this year’s event for unknown reasons. FAU will most likely serve as the venue again for next year’s event, with a new theme for the Greek organizations.