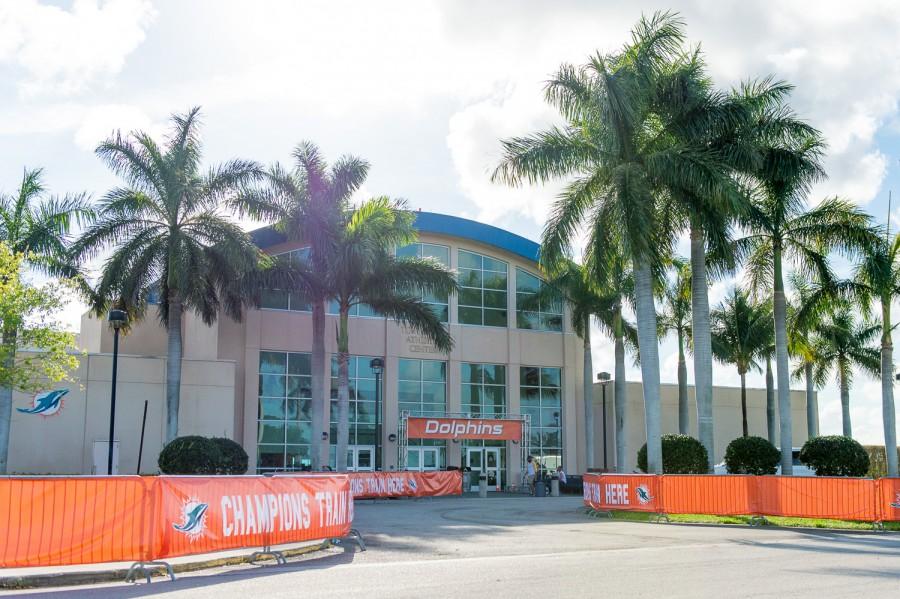 The Oxley Center, here seen as part of the set of the HBO series “Ballers.” Max Jackson | Photo Editor

Florida Atlantic’s Boca Raton campus has briefly transformed from a university into a Hollywood film set. The UP learned via a tweet from the FAU Swim and Dive account that the Tom Oxley Athletic Center will host a new HBO series.

“Ballers” will use the center today, March 3, to film a portion of the show.

“The Oxley has been set up to appear as though the characters are at the Miami Dolphins’ facility,” shared Katrina McCormack from Athletics Media Relations.

“Ballers,” which will star notable names like Dwayne “The Rock” Johnson and Rob Corddry, will follow the lives of current and former NFL players.

“Omar Benson Miller (who played a football player in “The Express”), Troy Garity, and former college football players John David Washington (son of Denzel) and Donovan Carter” will also star in the series according to the independent movie and television news website Screen Rant.

Johnson is an executive producer on the project along with “Entourage” producer Stephen Levinson, actor/producer Mark Wahlberg and Peter Berg, who is best known for his work on the television-series “Friday Night Lights,” among several others.

There is no confirmation as to who will be on campus for filming, but “there will be tight security and no one will be allowed near the facility,” stressed McCormack.