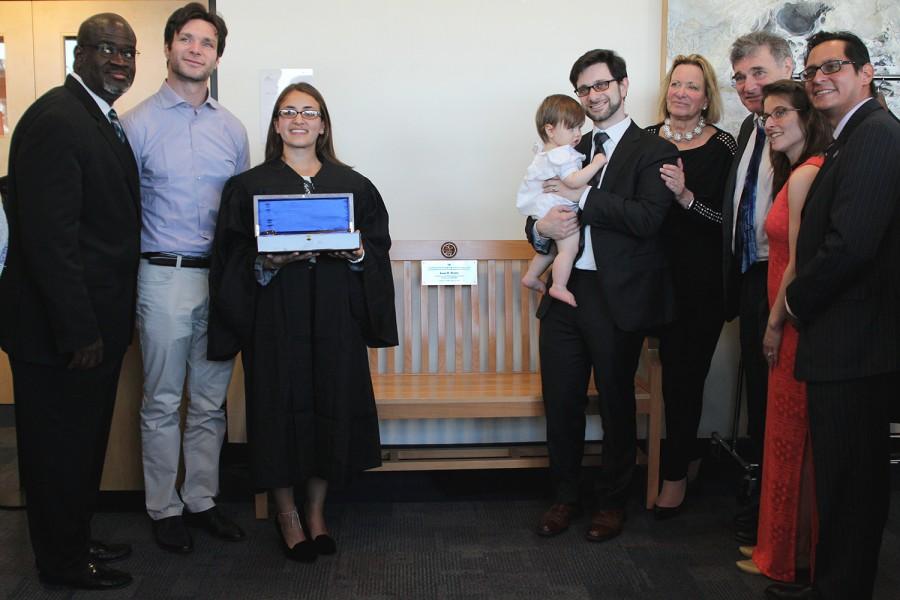 FAU’s current Chief of Justice holds the honorary gavel and wears the court dress that was donated to FAU. Sabrina Martinez | Creative Director

fter a long battle with Crohn’s disease, Jason Blinder passed away on June 15, 2013 at the age of 29, but not without leaving a lasting memory. Blinder was a chief justice within Student Government in 2006-2007.

“He completely restructured the SG court system, and achieved the goal of having a student from every campus represented in the court,” said Marni Sherman, a close friend of Blinder.

The event was held on Monday, at 5:30 p.m., dedicating a bench with a plaque, gavel and three court dresses to FAU.

“We will remember the spirit, his soul, and dedication to Florida Atlantic University and Student Government” said Terry Mena, the associate dean of students at the ceremony.

Blinder’s parents and siblings attended, as did his rabbi and Dr. Corey King, the vice president of Student Affairs. Other members of Student Government were happy to be able to help honor Blinder.

“Personally, I am glad to have been a small part of this event honoring the memory of someone who had such an impact on SG,” said Chris Ferreira, the Boca campus governor-elect. “For me, in order to understand where we are at today, it is important to look back on those who are before us.”