Find out what your student government candidates have been up to. 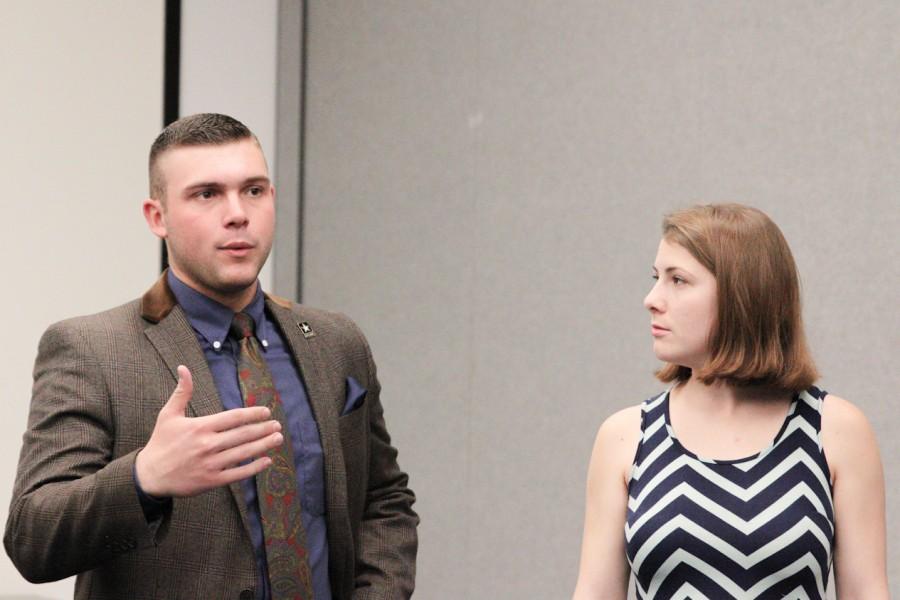 Between candidates being disqualified and breaking statutes, FAU is making history during this year’s campaign season. For the first time, the president, Kathryn Edmunds, and vice president, Casey Martin, candidates are running unopposed.

Chris Ferreira ran for the president position with his running mate Thamarrah Lacoste as his vice president. Ferreira was disqualified after Lacoste dropped out of the race.

“The statutes say in 321.1, a ticket has to run as president and vice president, so we had to disqualify him for that,” stated Carter Lewis, the Chair of Elections.

During the period to declare candidacy, Ferreira also submitted a ticket for declaration of governor. This was the first time someone had applied to run for two positions.

Currently, there is no statute that says that this is not allowed to run for two tickets, but this is something that Lewis is looking to change.

“[These] statutes need revision and I think that this [situation] clearly shows how much our statutes need to be gone over again… so that these situations don’t happen in the future,” stated Lewis.

Ferreira has been approved by the board to run for the governor position, pending court approval.

Similar to FSU and UF, students are responsible for writing these statues. Where these schools differ is that in order to write the statutes, you must be a part of a law program. As FAU does not have a law school, it is up to the chair of elections to create and modify the statutes as needed, regardless of what major he or she may be.

Akem Edwards, who was running for governor, was also disqualified after missing a mandatory candidate meeting. This leaves Onur Basman, and Chris Ferreira running for the governor position.

Take a look below to follow the timeline of events. Voting will take place on February 24 and 25.

-Akem Edwards, Onur Basman. Casey Martin and Kathryn Edmunds gathered together to answer questions from various campus media outlets and fellow students. The candidates discussed their campaign strategies and what they want for FAU.

-Ferreira was disqualified from the race for the president position after Thamarrah Lacoste dropped out of the race. The chair of elections committee allowed Ferreira to run for the governor position pending court approval.

There will be three polling locations on the Boca Raton Campus: The Atlantic Dining Hall, Campus Rec Center, and the College of Nursing building. You can also vote online through Owl Central.