The physics of “Interstellar” explained

“Interstellar” incorporated a lot of theoretical physics, most of these theories are not as complicated as they seemed in the movie. 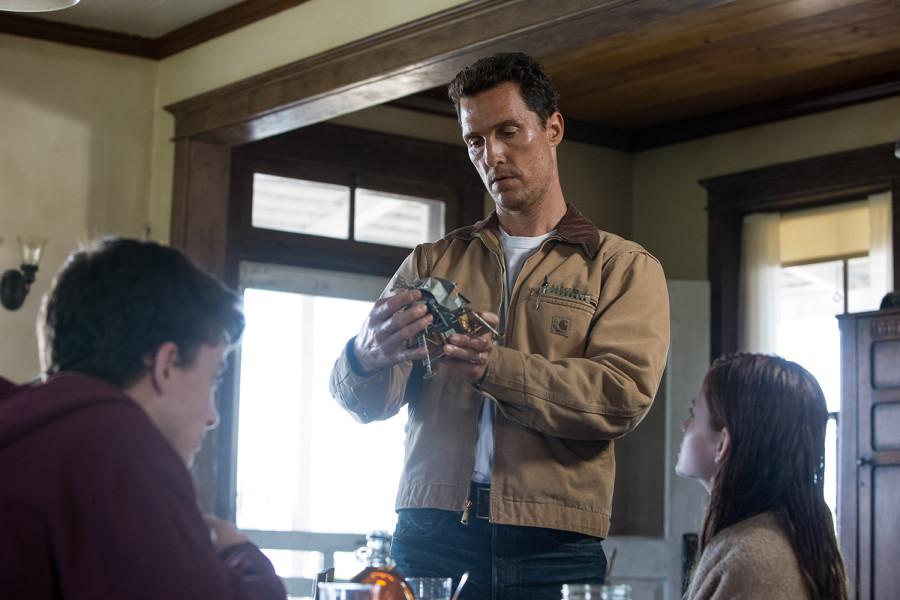 “Interstellar” is a movie about humanity trying to save themselves by understanding the physics of space and time, giving them the ability to leave the planet. In the process there was time travel, wormholes, black holes and other troubles that sci-fi fans would gawk at. The plot of the movie, therefore, heavily relied on understanding how these concepts work. Here is an explanation of some theoretical physics in the movie that may have gone over the non-physicist’s head.

The entire movie’s plot is kickstarted on the idea of wormholes being possible. They first use this wormhole to travel to another galaxy where potentially habitable planets are. The real name used in theoretical physics for this wormhole is an Einstein-Rosen bridge. This theoretical hole in space was found to be possible in, you guessed it, the mathematics of Albert Einstein’s theory of relativity with help from his colleague Nathan Rosen.

The concept is that a wormhole is a shortcut between two points in the universe. It is explained very well in the movie as having a piece of paper and folding it, then poking a hole in it with a pencil, creating a shortcut from one side of the paper to the other.

Cooper, the pilot, was expecting a physical 2-dimensional hole in space but is corrected by Romilly. He explains by saying that on a 2-D plane, in this case the paper, a hole is flat. In a 3-dimensional plane which we live in, a flat circle is a sphere, therefore we would see a hole in space as a sphere.

An Einstein-Rosen bridge, or a wormhole, has never been observed in space before. It is completely theoretical and has many problems. Most theories say that a wormhole would be too unstable to actually be used for travel—it would need another theoretical substance called exotic matter or negative energy to stabilize it. Wormholes are as theoretical as a time-traveling DeLorean.

Speaking of time-travelling DeLoreans, there was an interesting kind of time travel in the beginning of the movie. Cooper acquired the coordinates for the secret government bunker that ended up being NASA by reading the binary gravity slits made by his future self in the fifth dimension. Fun sentence to try to explain out of context. Cooper did not physically time-travel though, he affected his past by interacting with its gravity, which his past self noticed.

The reason that he succeeded in this kind of time travel is because he fulfilled his own past by doing what he remembered happening to his past self.

Another big idea in the movie was time dilation. One of the planets with the scientists on it is closer to the black hole than the others, therefore the time spent on the surface would be dramatically longer in the perspective of the ship or Earth. Time goes slower, from an outsider’s perspective, wherever there is gravity. Romilly was on the ship while Cooper and Brand went onto the surface of the planet and only experienced half an hour, but when they got back Romilly had experienced 23 years.

The reason this happens is because gravity is simply time and space curving from the the mass of an object. Imagine a bowling ball (Earth) on a mattress (space), the indent from the mass of the bowling ball on the mattress is the same idea as the curve of space because of the Earth’s mass. This curvature doesn’t just warp space though, it warps time, and this is the concept that works against Cooper and the others, since the human race is experiencing time on a much faster rate compared to the ship.

What may be the most confusing concept for a person not knowledgeable in theoretical physics and cosmology might be what is so special about the inside of a black hole. A black hole is called this because you cannot see it. The black hole warps space and time so strongly that light cannot escape its grasp, hence the black in black hole. Theoretically, since we have never actually experimented on a black hole, there is a point of no return where light nor anything else can escape called the event horizon. Because of this property we cannot see inside it and therefore can’t find out what happens at this singularity.

This is the drive of the supposed plan A in the movie, to find out how the inside of a black hole works and why, so that we may be able to manipulate space like a black hole does. In the movie, this is why the NASA station was built sideways—they had intended to be able to manipulate gravity to have the station drift off of the Earth and into space.

In reality, as compared to what happens in the movie, there are other factors that play into falling into a black hole. There is a special kind of radiation called Hawking radiation, the only evidence of something escaping a black hole, which would kill you if you got close enough. There are also tidal forces that would stretch and squeeze you as you got closer to the black hole. These are the same type of forces that cause the oceans to have high tide and low tide on Earth from the moon’s gravity, but instead stretching and squeezing the ocean, they stretch and squeeze you.

The movie was based on Kip S. Thorne’s equations and research into black holes. He was part of the writing process for the script as an adviser to make sure the science was accurate. There are a lot of theoretical physics concepts in the movie, all based off of real science. Evidence of this is the representation of Gargantua, the black hole in the movie. It is the first completely accurate representation of a black hole in a movie, based completely off of physics equations.