FAU brought in an array of musical guests throughout 2014, but the lineup still lacked enough variety to please the diverse student body. 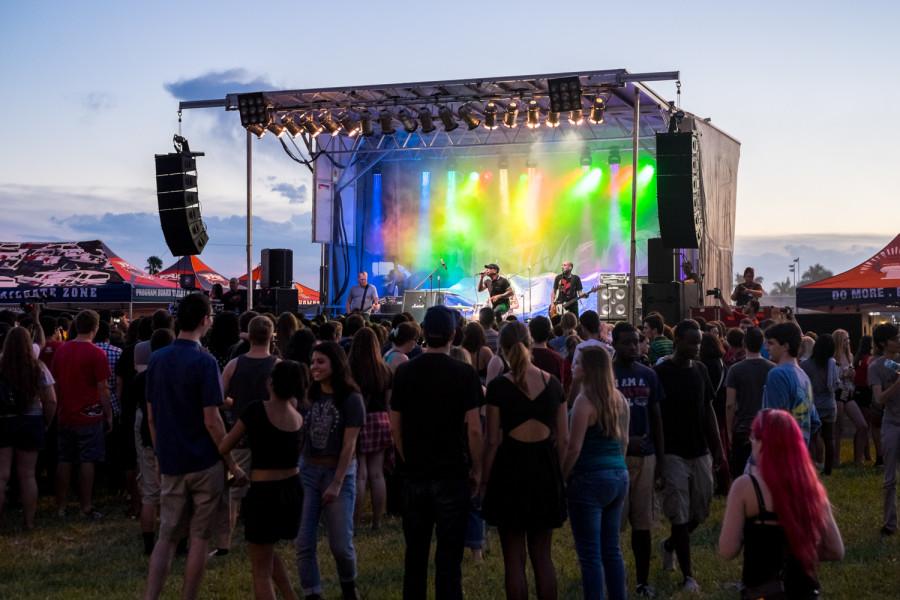 Crowd at the Bonfire in August. Photo by Mohammed F. Emran | Web Editor 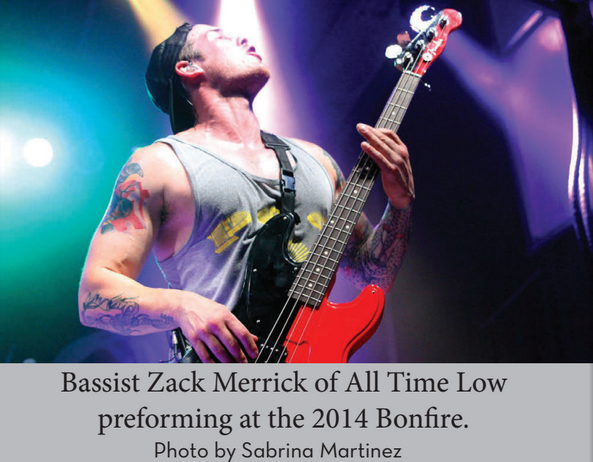 Artists ranged from pop-rock bands including All Time Low and We The Kings to rappers Jay Sean and T-Pain. All were met with mixed reviews from the student body.

“Albeit you can’t please everyone, it’s important to provide the variety at a diverse school like FAU,” senior Mario Sobrino said on Facebook.

In February, FAU’s Jupiter campus brought on a new event, OWLstock, which encouraged students to participate in arts and crafts while listening to music.

The musical line up consisted of We The Kings, a pop-rock band from Bradenton, Fla., who are best known for their 2007 platinum single “Check Yes Juliet.” Among other local musicians, The KillBillies, Fresh Catch and Break The Hero provided a mix of reggae, punk and rock.

Though the crowd stayed under a hundred members, the UP originally reported that overall, students were pleased with the variety in the musicians and enjoyed the laid – back environment the event provided.

According  to the band’s contract, We The Kings’ performance cost $13,000. In spring 2014, the Boca Raton campus brought students together for Freaker’s Ball, FAU’s annual hip-hop concert that was resurrected in 2013 after a three-year hiatus.

There were complaints that the sets dragged on and that not all of the artists were relevant to current FAU students. Headliner B.O.B., known for songs including “Magic” and “Airplanes,” hadn’t had a chart-topping track since 2012.

Junior at the time Malika Hart told the UP she preferred Kendrick Lamar, who headlined the Freaker’s Ball in 2013, because he was “fresh and new.” According to FAU’s Program Board who organized the event, last year’s Freakers Ball production cost approximately $90,000. For about the same price this year, FAU got more artists, but sacrificed popularity.

At the time of his performance, a remixed version of Lamar’s single “Bitch, Don’t Kill my Vibe” was released and went on to reach No. 28 on Billboard’s Top 100.

FAU continued the concert-filled year with the fall’s Bonfire. The Supervillains, The Attack and headliners All Time Low entertained the Boca Raton crowd.

Students around campus seemed to generally be happier with the musical choice, and there was a turnout of about 3,500 students and visitors for the concert. The 2012 Bonfire hosted a crowd of 3,800 and in 2013, a 2,400 member audience.

Senior communications major Nicole Vega said she was excited to see All Time Low perform because they are “a little more mainstream, so they’re more relevant.”

The budget for the 2014 Bonfire was $45,000, according to Assistant Director of Student Involvement Mike Burdman.

Lastly, FAU brought in big-name rappers, Jay Sean and T-Pain, along with DJ Skribble for the Owl Prowl concert during Homecoming.

Students also had to pay $10 to attend, while non-students paid $50.

In October, Program Board Director Trevor Lewis — who helped spearhead putting the concert together — told the UP, “The ticket costs $50 for non-FAU students because we pay for the concert through tuition fees, so this will make it fair for our students, and it’s still a pretty good deal.”

FAU Media Relations was contacted for comment, but failed to reply to multiple emails from the UP. 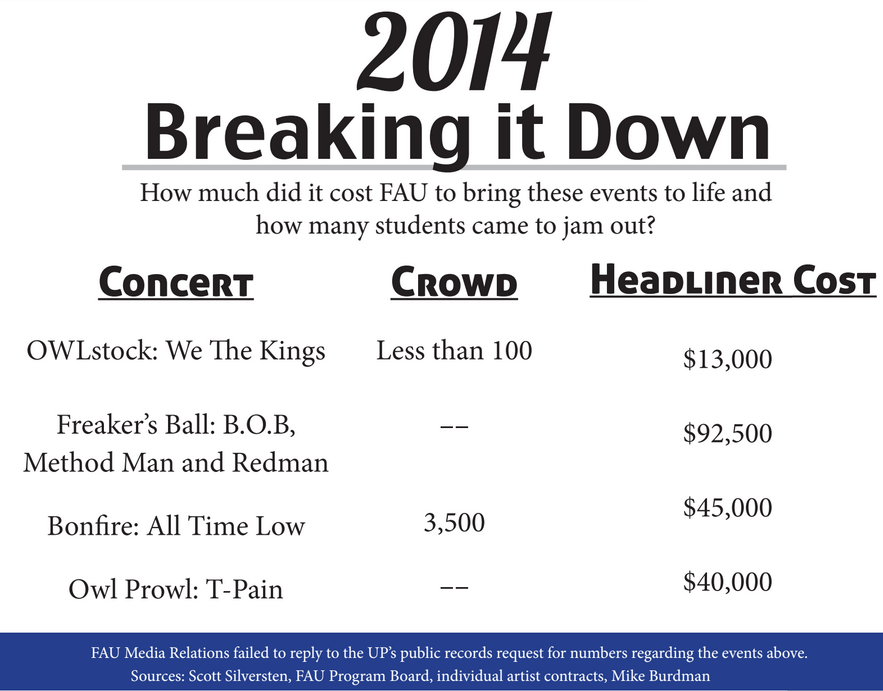