2015 housing prices are going up, and FAU students are moving out.

In November, the board of trustees voted to raise rental rates again for next year, despite competition from an ever-increasing off-campus housing market. 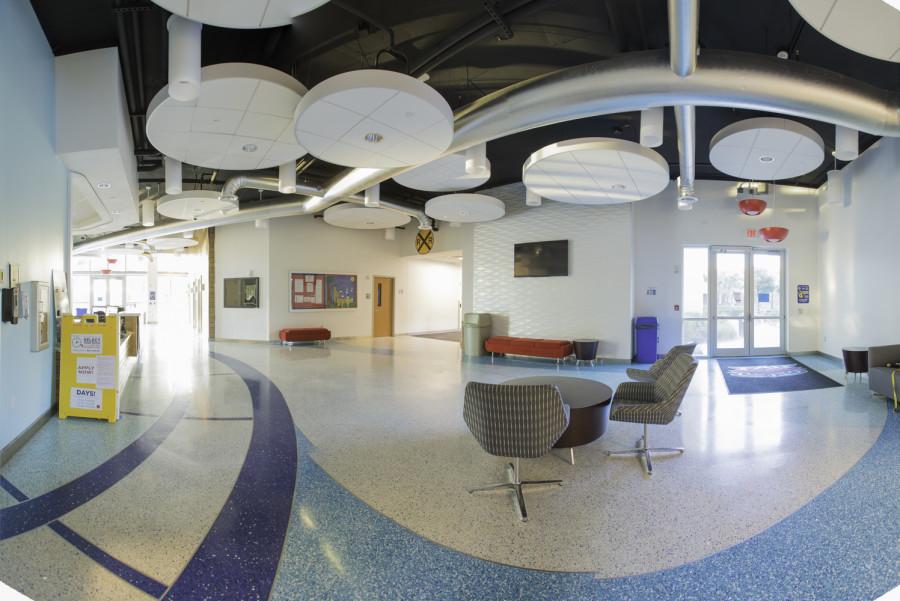 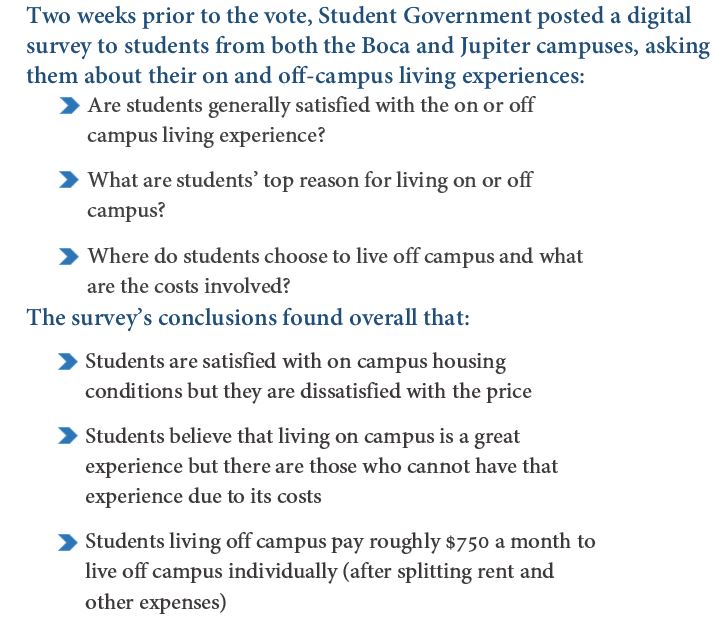 On Nov. 18,  FAU’s Board of Trustees voted to raise housing rental rates for the 2015-2016 academic year. The increase is estimated to generate approximately $1.8 million in new revenue. The decision has some students wondering if their housing dollar may be better spent elsewhere.

The proposal to raise rates was based upon recommendations given by Capstone On Campus Management, a housing management and consulting firm. It was presented to the board by Interim Vice President of Student Affairs Corey King and Capstone President Doug Brown.

Speaking on behalf of the student government, Student Body President Michael Cepeda and Director of Government Relations Patrick Gober voiced concerns about the proposal, citing both the decrease in on-campus housing occupancy over the last several years and the increase in competitive, student friendly off-campus housing options. In addition to existing off-campus housing, FAU Housing and Residential Life will also have to compete with upcoming housing developments such as University Park located on the developing 20th Street, slated to open in summer of 2015.

“If you ask anybody in this room — we all live in Boca — do you think it’s expensive to live here, we’re all going to say ‘yes, it’s expensive to live here’ … The problem is you can’t be everything for everybody, we can’t expect every student to stay on premise, but we’ve got to have a legitimate occupancy and obviously, we’re satisfying a lot of our students,” said Feder.

Like Feder, many in favor of the proposal, including trustee Tom Workman, referred to the figures supplied by Capstone and Student Affairs, despite student sentiment as represented in the Student Government survey.

Even opponents of the proposal, such as trustee Paul Tanner, agreed that FAU’s housing rates were fair relative to the local market, saying “The data doesn’t say that we’re doing anything wrong, we are in the middle and the middle’s okay in this case.” Tanner is senior vice president of UBS and has served on the board since January of 2011. 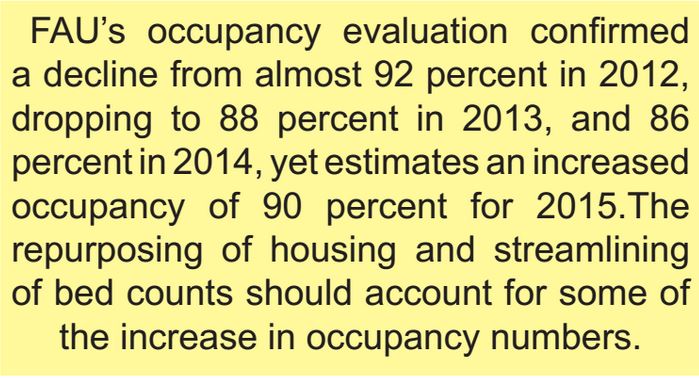 “This isn’t a data driven issue, this is a perception driven issue … The perception here is we don’t need to raise the rates, I don’t think we should raise rates. I think we should continue to let all these fixes get in place, so when we do raise rates, we can say we raised the rates for the right reason, because we fixed it, not ‘trust us, we’re going to fix it, and in the meantime we’re going to raise the rates,’” said Tanner. 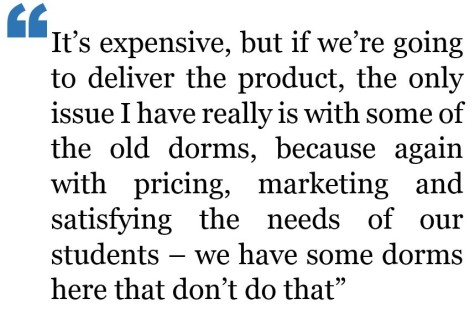 Feder did concede that there was room for improving the on-campus housing experience.

“It’s expensive, but if we’re going to deliver the product, the only issue I have really is with some of the old dorms, because again with pricing, marketing and satisfying the needs of our students — we have some dorms here that don’t do that.”

Ultimately, the board decided the convenience of on campus housing and the amenities offered by campus living warrant the price restructuring, and the rate increase was approved in a 7-to-5 vote.

When asked about improvements or renovations planned for the 2015-2016 school year, Dawn Howard, director of  marketing and communications for Student Affairs, said students can expect the installation of washers and dryers in  Innovation Village Apartments North, 24-hour desk coverage in all residence halls, free laundry bundle, upgraded wireless coverage and increased mail service (packages on weekends)*. 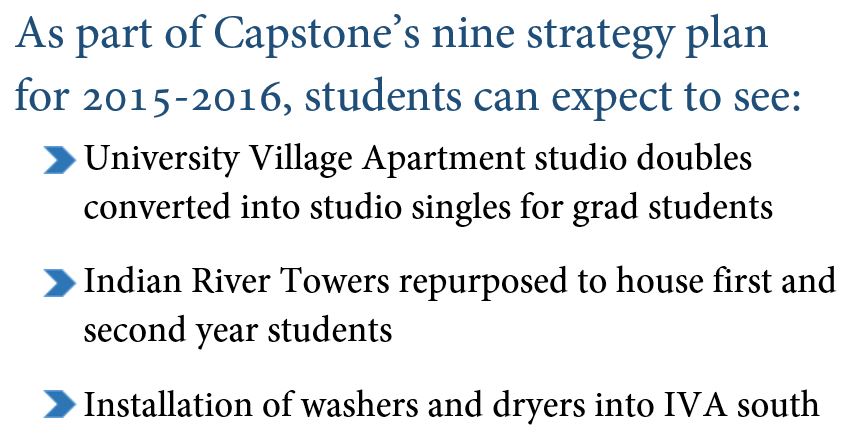 When asked how FAU Housing and Residential Life plans to compete with ongoing off-campus housing development in the near future, Howard replied that they will be conducting student focus groups in spring 2015 to assess what other improvements could be made.

The next meeting of the Board of Trustees will take place on Jan. 27. Meeting agendas and live web streams for all BOT meetings are available at fau.edu/bot. 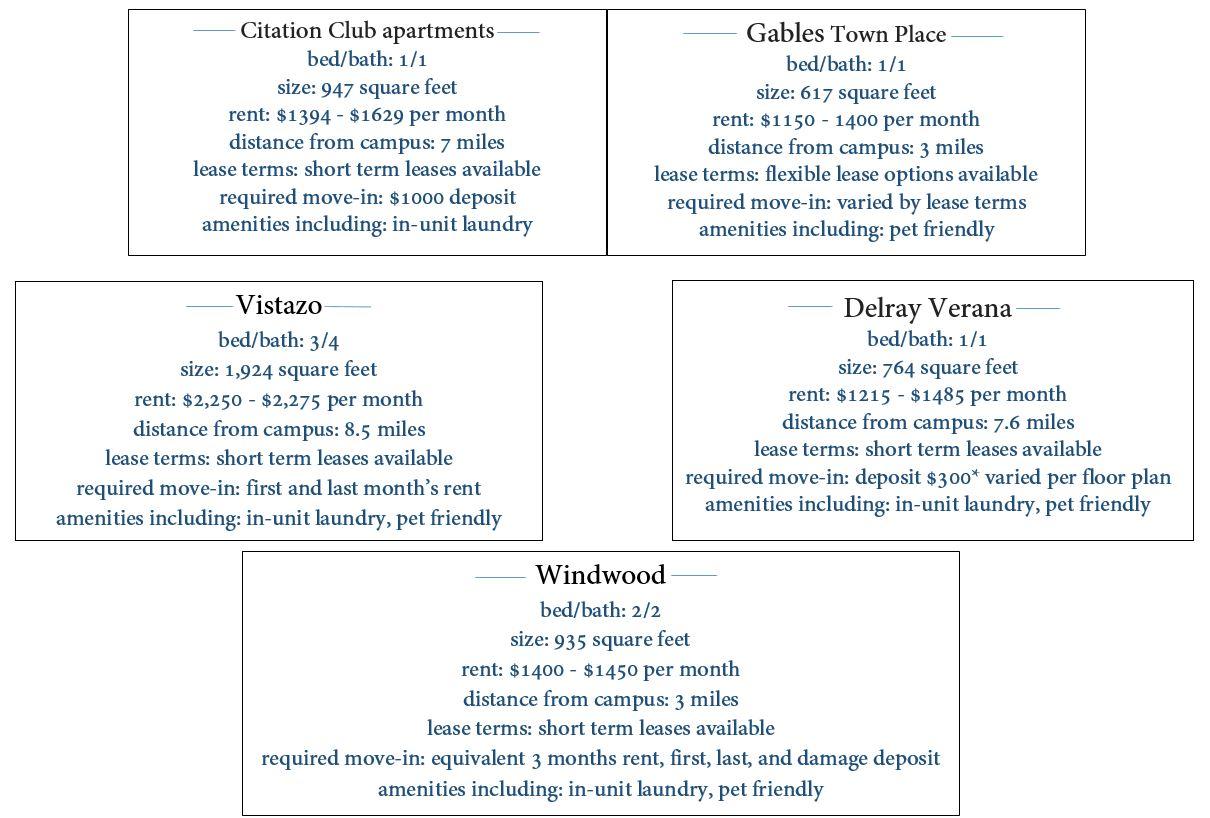 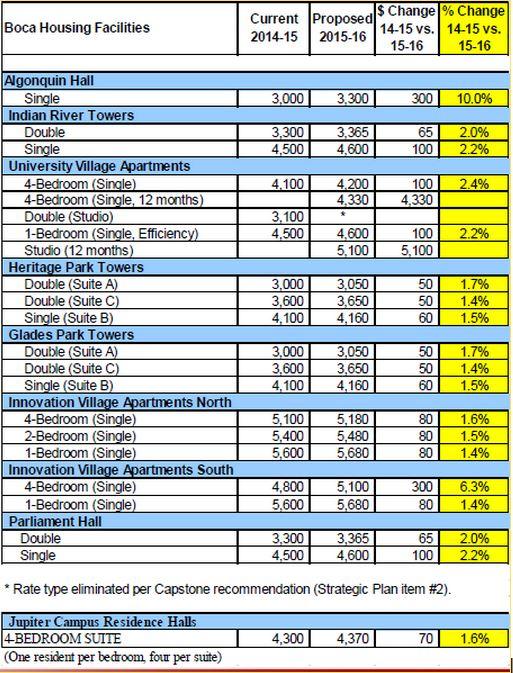