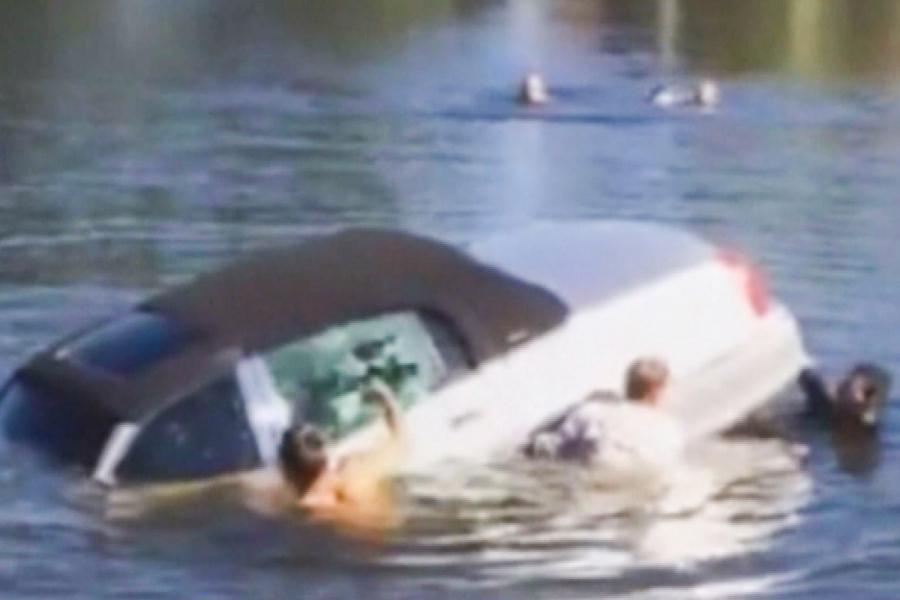 Salvatore Mancuso and his car headed hood-first into a Port. St. Lucie canal. After receiving a hammer from a bystander, Brieske dove into the water, broke the car window, pulled Mancuso out, swam ashore and performed CPR on him.

Mancuso began breathing again – he’d stopped while trapped in his vehicle – and was taken to a local hospital, where he was in critical condition.

The New York Daily News and the Washington Post both lauded Brieske for acting quickly. Even though he saved a life, Brieske deflected the idea that he was anyone special.

“No, I’m not a hero. It was my calling for today, to save this guy,” said Brieske in this video. He hopes to one day become an emergency room physician. “I was just in the right place at the right time,” he added.

Mancuso died Friday at 10 a.m. according to Port St. Lucie police. The exact cause of his death is still unknown.